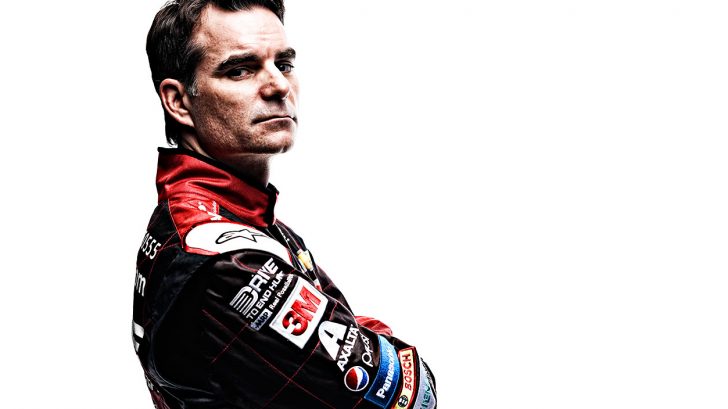 One of the most famous names in NASCAR just dropped a bombshell on unsuspecting fans. And we are all about it!

Jeff Gordon has been a familiar face in stock car racing for decades and now continues to represent the sport through a broadcasting position with Fox Sports. Following his retirement in 2015 from NASCAR’s Cup Series, Gordon has only appeared on the track once – to fill in for Dale Earnhardt Jr. after a head injury.

Fans have often wondered if Gordon will ever race in NASCAR again, and often the answer has been a resounding “no” because he was focusing on his broadcasting and spending time with his wife and children.

Now, in a brand-new interview, Gordon is changing his tune – but it’s not quite what you might think!

Answering a fan question about returning to NASCAR for a Truck Series or Xfinity Series event, Gordon revealed the one thing that would bring him back to the track…

“I always thought about maybe looking at an opportunity to drive a truck at Martinsville or a track like that. I like the short tracks,” Gordon confessed.

The record-breaking driver and popular broadcaster definitely would be welcomed back and Martinsville Speedway even responded to his comments, saying, “This would be amazing!!”

While his return would be a huge change from what we are used to seeing him race, he explained that it probably would just be a one-off situation and not a part-time position.

“But to do it on a part-time basis at a, like, mile-and-a-half or a superspeedway (like Daytona or Talladega) – no. I’m happy to be up in the booth and out of the car right now. I’m enjoying myself, and time with my family. I’ll let you know if that opportunity comes up at Martinsville, though.”

What would you think about Jeff Gordon making a return to NASCAR? Would you go see him race in the Truck Series?

Watch his full video below and let us know!