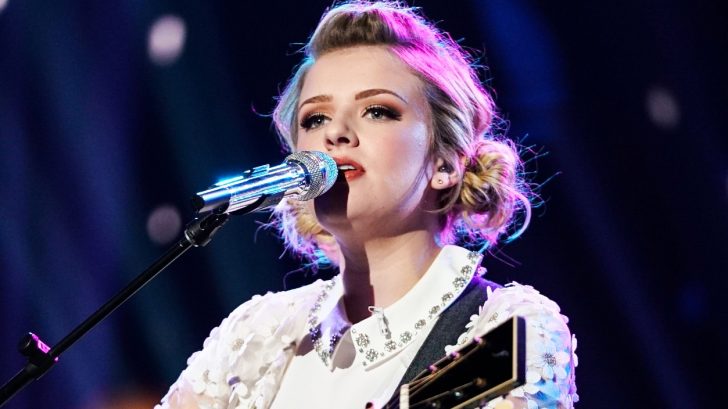 Season 16 of American Idol left the nation glued to their TV screens. From the endless talent to the blooming of young love, it was an unforgettable season at best. But even after the incredible competition ended, winner Maddie Poppe has one thing she wishes she could redo.

Maddie Poppe stunned the world from the very beginning. From her unique and raw vocals to her phenomenal guitar playing skills, she was the talent the show had been looking for all along. Although the young talent suffered from stage fright, she crushed absolutely every Idol performance. It wasn’t long before viewers all across America became her biggest fan.

Her second biggest fan just happened to be in the competition himself too. Poppe and Caleb Lee Hutchinson, a fellow Idol contestant on the season, fell head over heels for each other in no time. Best part? No one had any idea about their relationship until the end. It all unfolded when they put on the sweetest duet of “Somewhere Over The Rainbow/What A Wonderful World” during the finale.

While the judges and fans alike found the duo’s duet to be one of the most heavenly in Idol history, Poppe admits it was quite the awkward experience for her.

Poppe explained to Yahoo Entertainment that during their big performance, she held back during the chorus for a note – unsure of what Hutchinson had planned.

“I went, ‘What a wonderful…’ and then I just stopped singing. I wish I could redo that part. I felt so awkward.” Poppe continued, “I looked so awkward when I watched it back. I’m like ‘Maddie, just hold his hand! I was so awkward.”

Luckily, the audience would’ve never noticed thanks to their undeniable chemistry pouring out onto the stage.

Poppe got a second chance to perform alongside her beau during the second season of American Idol. The pair sang a duet for Disney Night on the show.

REPOSTING this photo because WE’RE BACK! Caleb and I will be singing a duet THIS SUNDAY for Disney night on @americanidol! Tune in to see which song we sing! What are your guesses? ??

Together, they sang “A Whole New World” from Aladdin. You can watch it below.