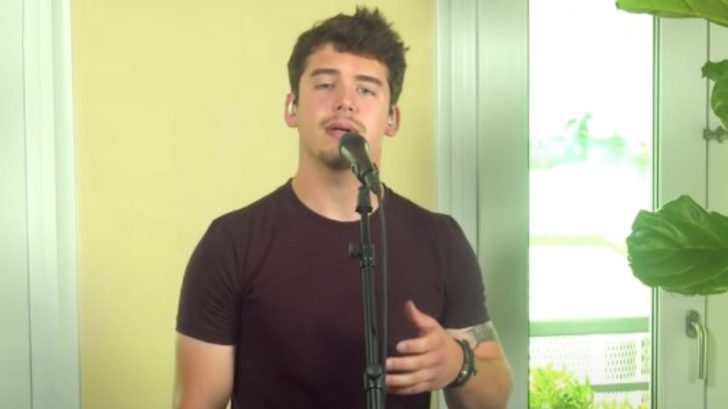 At the start of American Idol‘s newest episode on Sunday (May 8), host Ryan Seacrest revealed that two of the Top 7 contestants tested positive for COVID-19. Those two contestants were Noah Thompson and Fritz Hager.

Because of this, Thompson and Hager delivered their performances remotely.

“Yes, I’m performing from my room!” Thompson wrote in a post on social media. “Was not planned, I’d much rather be on that stage with the other contestants but Covid said otherwise!! Voice is pretty rough but I’m gonna give it my all guys, thank y’all so much for any support“

Since it was Mother’s Day, the Top 7 contestants each dedicated a song to their moms or mother figures. Thompson dedicated his performance to his grandma.

Thompson sang “Landslide” in his grandma’s honor because it is one of her favorite songs. “Landslide” was originally released by the rock band Fleetwood Mac on their 1975 self-titled album.

The song later gained a country music connection when The Chicks released a cover of it in 2002. Their version of “Landslide” reached the #2 spot on the Hot Country Songs chart and claimed the #7 slot on the all-genre Billboard Hot 100.

Although the circumstances meant Thompson had to sing “Landslide” in his hotel room, he ended up delivering a standout performance.

The viewers seemed to agree. Thompson ended up earning enough votes to become a member of the Top 5! He now has the chance to sing another week, and will be mentored by Idol alum Carrie Underwood.

Head below to watch the video of Thompson’s “Landslide” cover. He made his grandma proud with this one.