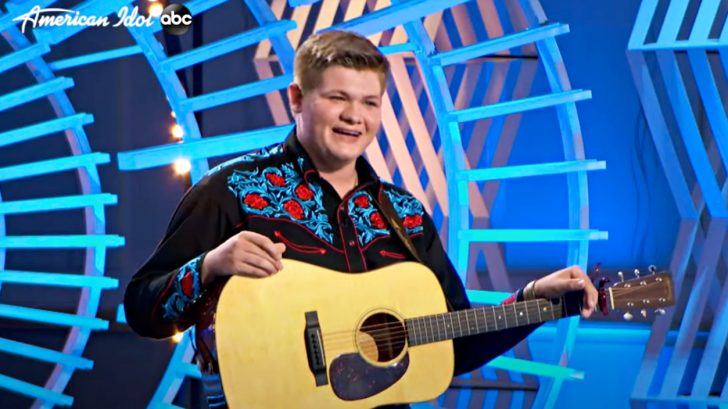 American Idol is officially back on Feb. 14th, but the show is already showing off this year’s top-tier talent.

On Thursday, fans were treated to a clip from a 17-year-old country crooner, Alex Miller, who charmed judges with his accent, personality, and an original song. The Kentucky native instantly sealed his ticket to Hollywood with “I’m Over You, So Get Over Me,” which the teenager penned about one of his past relationships.

Country star Luke Bryan was particularly impressed with Miller and even offered to make a call to try to secure the teen a performance spot at the Grand Ole Opry. Bryan also grabbed his guitar and joined Miller in a joint rendition of “Big City” by Merle Haggard.

Aside from Miller’s impressive audition, viewers treated to a backstory on the country hopeful. Miller takes Idol fans on a tour of his family farm and even plays a little music for his cows.

American Idol’s fourth season (since its reboot) will begin Sunday, Feb. 14th on ABC, but until then, watch Miller’s full audition in the video below!