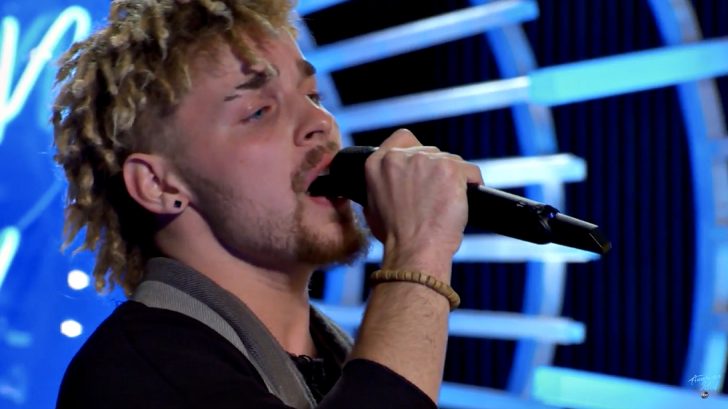 One of the most covered songs in recent years is “Tennessee Whiskey.” Thanks to Chris Stapleton and Justin Timberlake’s jaw-dropping performance of the George Jones tune at the 2015 CMA Awards, a new generation of country music fans was introduced to the classic.

I think we can all agree that no reality singing competition would be complete without at least one artist covering “Tennessee Whiskey.” During Monday night’s episode of American Idol we were treated to one of the best renditions of the song to date. The contestant named Samothias accompanied himself on the piano for a sultry, breathtaking cover of “Tennessee Whiskey” that made us feel as though we were hearing the song for the first time.

The 20-year old Illinois native doesn’t classify himself as a country artist, but we think that all of the country artists who have covered “Tennessee Whiskey” before him would agree that this guy has some incredible talent.

Even the judges agreed that Samothias is a unique talent. Lionel Richie gave the singer perhaps the greatest compliment of all when he said that his voice reminded him of Prince. The judging panel voted unanimously to send Samothias on to Hollywood and we can’t wait to hear more from him!

Hear Samothias sing “Tennessee Whiskey” in the video below and let us what you think!