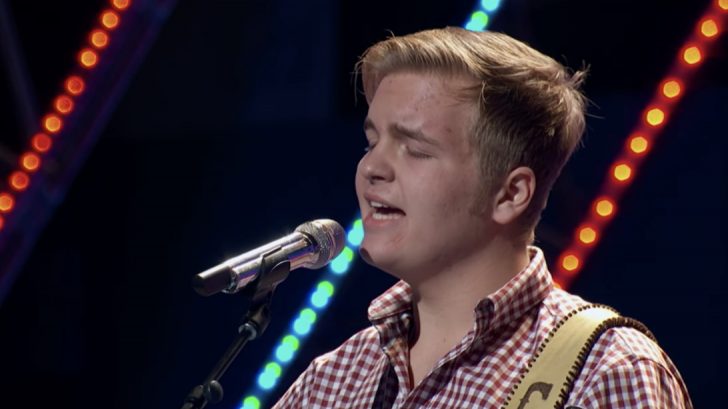 American Idol auditions are officially over and Hollywood week has begun! During Monday night’s episode of ‘Idol’, we got to see many of our favorites perform for the judges once again as they try to earn a place in the Top 48.

One of our favorite performances from Monday was from Caleb Lee Hutchinson, the deep-voiced country singer who won us over during his audition with the Chris Stapleton-penned SteelDrivers hit “If It Hadn’t Been For Love.” This time, Hutchinson showed off a different side of his talent by covering the Keith Whitley ballad “Don’t Close Your Eyes.”

The judging panel and the crowd full of Caleb’s competitors were captivated by the smooth richness of his voice and his smooth delivery of the classic country tune. There’s no doubt that the 18-year old has a voice reminiscent of country star Josh Turner and former Idol champ Scotty McCreery. We can only hope that this bodes well for Hutchinson and that we’ll be seeing a lot more of him.