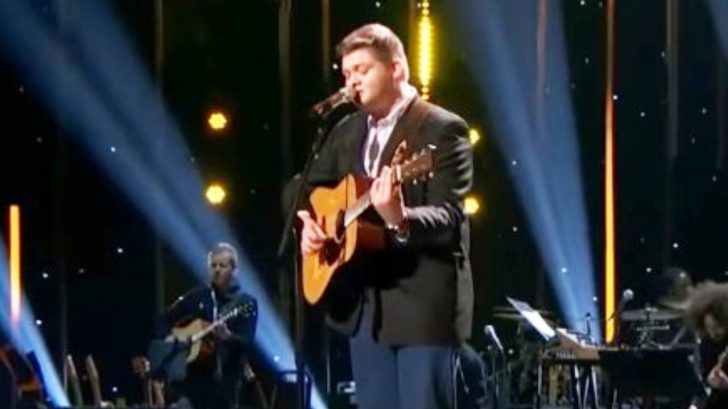 During his first appearance on Season 4 of American Idol, Alex Miller blew all of the judges – especially Luke Bryan – away.

He performed an original song called “I’m Over You So Get Over Me” and even performed a duet with Bryan to “Big City!” The “Most People Are Good” singer also asked what he would do if he ever played the Grand Ole Opry.

He went off to Hollywood Week and earned a standing ovation during his solo round and earned mixed reviews for his “Walk The Line” collaboration with EmiSunshine.

Bryan told fellow judge Katy Perry, “He’s hard not to watch,” while Perry said, “I think it was a ‘maybe’ performance…it wasn’t great.”

Bryan also said he was “doing all those bends and losing the beauty,” and ultimately, they did not feel he did enough to reach the Top 24 of the competition. But even though Miller’s Idol journey is over, Bryan called him via Zoom and invited him to play the Grand Ole Opry!

Miller emotionally accepted the offer and revealed he once visited the Opry when he was nine years old and dreamed of singing in the coveted circle one day. Now, he says, it will come “full circle,” no pun intended!

Watch that video below.