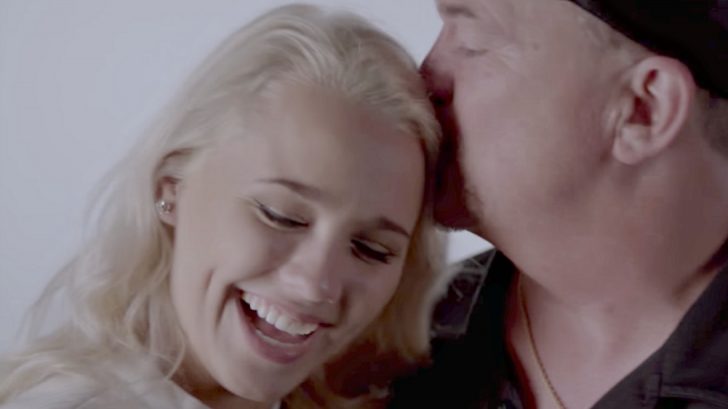 It’s been an eventful week for Gabby Barrett! The Pennsylvania native turned 18 last Monday and tonight she made her American Idol debut.

Gabby, who has been singing since she was nine, is one of Carrie Underwood’s biggest fans, but her dad is one of her biggest fans. In her introductory package, Gabby bragged about how supportive her dad has been and how hard he works to give her and her family everything they want and need.

“He said, ‘I want to know before the day I die that I gave you everything I could to make your dreams come true,'” Gabby told host Ryan Seacrest.

As she stood before the Idol judging panel during Sunday night’s episode, Gabby drew from the confidence instilled in her by her father and from her extensive knowledge of Carrie Underwood’s musical library and delivered a cover of “Good Girl.” But, the judges agreed that the voice they were hearing wasn’t Barrett’s and encouraged her to sing something that wasn’t a Carrie Underwood song.

“We’re looking for you,” Lionel Richie told Gabby. “We’re not looking for, as Luke would say, ‘the jukebox.’ Every time you try to sing a Carrie song, you go to that personality.”

“It’s like Carrie Underwood and Nicki Minaj all in the same voice,” Luke Bryan said. “When you try to sound country, you don’t sound country.”

Barrett re-grouped, knowing she only had one more chance to impress the judges. As she began to sing the traditional church hymn “His Eye Is On The Sparrow,” the judges knew that she had something special.

“Your personality is in the church song,” Richie said. “You stopped all the pretending. You took your time, you elongated the notes, you were breathing, and you were just on fire.”

The judges voted unanimously to send Gabby to Hollywood, with Luke Bryan telling her that he believes she has a chance to do really well in the competition.

As an entertaining conclusion to Gabby’s audition, she and Katy Perry decided to prank her dad by telling him that Gabby didn’t make it and he was needed to help console her.

Perry made her way to the audition room door and summoned Gabby’s dad into the room. Lionel Richie and Luke Bryan appeared to be consoling Gabby as her dad made his way to her. Gabby turned around, holding up her golden ticket, and announced that she had made it through. Her dad immediately burst into tears, and so did we.