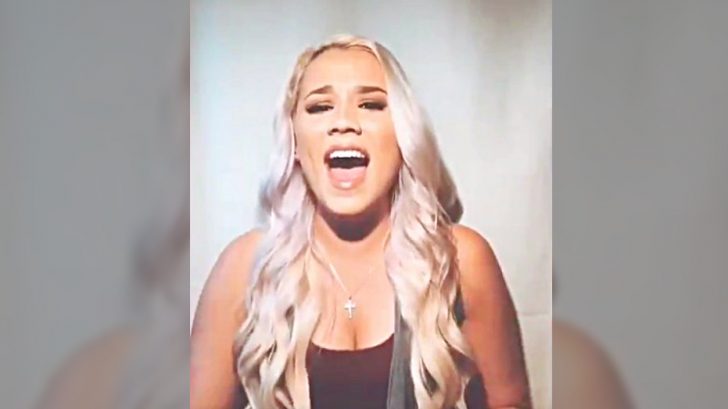 Ever since it was released in April 2018, country fans couldn’t stop chatting about Carrie Underwood’s “Cry Pretty.” The song created quite the buzz when it was released, as fans noted how it had Underwood hitting higher and more powerful notes than they had ever heard before.

"I'm sorry, but I'm just a girl
Not usually the kind to show my heart to the world
I'm pretty good at keeping it together…"
Cry Pretty by @carrieunderwood
Still love this song and can't wait to hear it live twice next year ? #CryPretty #CarrieUnderwood

Passion for the song grew even more with two high-profile performances. The first, which took place at the ACM Awards in April 2018, resulted in standing ovation that lasted for nearly half a minute. The second, which occurred a month later at the CMT Music Awards, was just as well-received.

In the height of the “Cry Pretty” fever, it was announced that Underwood would be making a grand return to the show that started it all for her…American Idol. She was tasked with mentoring the final five contestants, who then covered her songs for the show.

Finalist Embraces All That Carrie Taught Her

One contestant who was beyond thrilled to meet and work with Underwood was Gabby Barrett. She had already performed her hit single “Church Bells” on the show, and made it clear that she was a huge fan.

When it came time to perform another song for the special Underwood-themed week, Barrett chose one of her earliest hits, “Last Name.”

That cover impressed viewers, who voted to send Barrett on to the finale. She ended up placing third, behind Caleb Lee Hutchinson and Maddie Poppe.

Listen To That Set Of Pipes

Even now that Idol is over, Barrett is continuing to tackle Underwood’s songs. Recently, she decided to offer up her own take on “Cry Pretty,” and it’s sure to impress you.

Using her shampoo bottle as a microphone, Barrett managed to belt out all of the powerful notes that the song had to throw at her. After hearing Underwood sing it, you’d think that “Cry Pretty” would be an impossible track for anyone else to take on. But Barrett proved that she can handle it, and not only that, she can crush it!

Go ahead and check out Barrett’s jaw-dropping rendition of “Cry Pretty” below. It’s no wonder why she made it all the way to the finals on Idol!