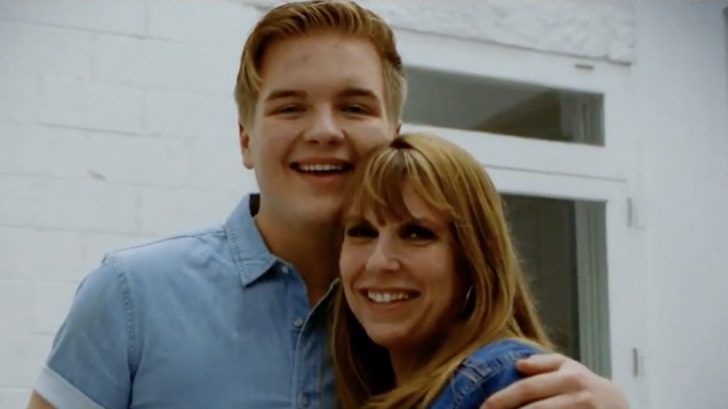 We can’t believe that the finale of the reboot season of American Idol is only one week away! As with previous seasons, it’s been a roller coaster as we’ve witnessed both good and bad performances and have had to say goodbye to numerous talented vocalists. Sunday night’s episode was no different, although it brought many more tears than previous episodes as the final 5 contestants paid tribute to their moms on Mother’s Day. Ironically, former Idol winner Carrie Underwood was also on hand to mentor the remaining hopefuls and to perform her latest single, “Cry Pretty.”

During Idol’s first hour Sunday night, each of the final 5 were mentored by Carrie Underwood before performing one of her own songs, a task that was a challenge for almost every one of the semi-finalists. But, when it came time for them to pay tribute to their mothers, tears began to flow.

In a pre-taped segment, season frontrunner and country crooner Caleb Lee Hutchinson sat down with his mom and handed her a letter he had written.

“Dear Momma. Thank you for always believing in me. Thank you for lying to me all those years by telling me I was just big boned,” Caleb’s mom read aloud as she fought both laughter and tears. “Thank you for coming to every show, cutting my hair, and birthing me. For pushing me to dream big, loving me unconditionally, and being my best friend. I thank God every day for allowing me to have you as a mother. Love always, Caleb Lee.”

The 19-year old then took the stage to sing Jamey Johnson’s “Stars in Alabama.” Throughout Sunday night’s episode, fans were able to cast votes for the three artists that would advance to next week’s finale. Caleb Lee Hutchinson was shocked when host Ryan Seacrest announced him as the first artist to advance. He will be joined by Gabby Barrett and Maddie Poppe. The finale will air in two parts on Sunday and Monday, May 20 and 21 at 8 p.m. ET on ABC.

Watch Caleb Lee Hutchinson’s touching moment with his mom and hear him sing “Stars in Alabama” in the video below.