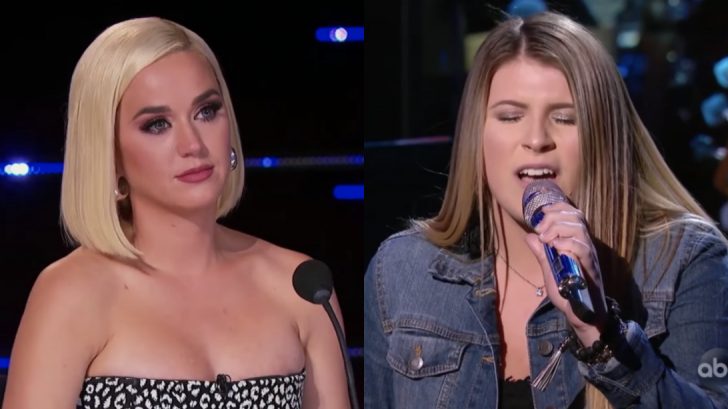 Just like that…American Idol Hollywood Week is over. The Top 40 have been chosen and are on their way to Hawaii where they hope to earn their way to the live shows and vie for America’s vote. But, the journey has been a tough one for some of those who advanced.

17-year-old country girl Makayla Brownlee won over the judges with her cover of the Dixie Chicks’ “Travelin’ Soldier” during her first round audition, and earned herself a ticket to Hollywood.

Brownlee survived the new Hollywood Duet Round, but when it came time for her solo, the pressure almost got the best of her. The Kansas native suffers from a rare condition called vasovagal syncope which causes one to react to stress with a sudden drop in heart rate and blood pressure.

“There’s nothing I can do to prevent a seizure,” Brownlee explained. “When I’m stressed out, my body just reacts differently.”

When it was Makayla’s turn to take the stage for her solo, a cover of Kacey Musgraves’ “Rainbow,” Brownlee introduced her song and the band began to play. But, the singer almost immediately begins to look distressed and she makes her way off the stage, her knees appearing to buckle.

Footage showed Brownlee laying on the floor backstage, surrounded by medical personnel and Idol staff. Judges Luke Bryan and Lionel Richie made their way to Brownlee to check on her. As they look on, a staffer can be heard saying “she’s seizing.”

“She can’t control it,” Brownlee’s dad told cameras. “She’s embarrassed, but physically she’s 100% alright. This opportunity is so important for her. I’d hate to see it inhibited in any way because she’s such a great singer. She works so hard at it.”

Producers tell the judges that Brownlee is going to “get looked at” and that they are unsure if she’ll be returning. So, a few hours later when Brownlee takes the stage once again, she is greeted with a standing ovation. She takes her place seated on a stool and delivers a stunning performance of “Rainbow” that brings Katy Perry to tears.

Watch Makayla Brownlee’s incredible comeback in the video below.