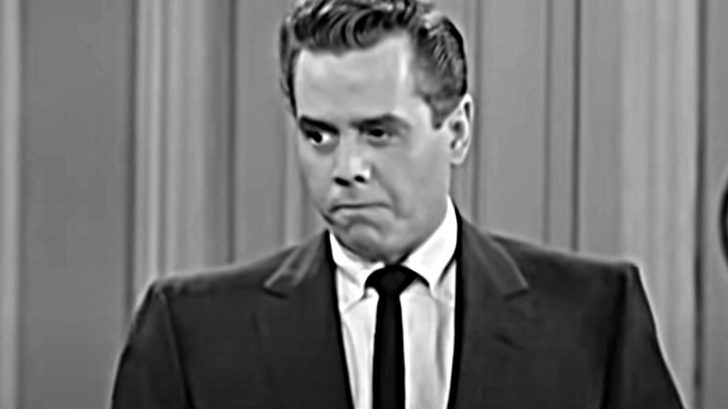 Lucille Ball and Desi Arnaz were and are one of Hollywood’s most iconic couples, both on and off the screen. But, before Desi loved Lucy, Arnaz was in another relationship that nearly cost him his life.

In his memoir titled A Book: The Outspoken of Ricky Ricardo-The Man Who Loved Lucy, Desi Arnaz detailed his relationship with a woman called “Freckles” whom he dated right before meeting Lucille Ball. Calling her one of the most “astonishing” women he had ever met, Arnaz appreciated that she was patient with him, something he admitted wasn’t an easy task.

“She had the understanding and the patience to put up with me, which I am sure wasn’t an easy job at times. She never nagged, never argued,” Arnaz wrote.

Arnaz had hopes of marrying Freckles, but there was one thing keeping them from tying the knot…Freckles was already married. Despite the fact that the couple were supposedly separated at the time, an altercation took place one night when Freckles’ husband confronted the pair on the way to Freckles’ apartment.

According to Arnaz, Freckels’ husband was waiting for them in the lobby and insisted on talking to Arnaz. Freckles warned Desi that her husband might try to kill him, but the actor didn’t seem to be fazed by the threat. When the men went outside to “talk,” the husband started swinging at Desi who claims that he grabbed the man by the neck and insisted that he didn’t want a fight. The husband relented and invited Arnaz to his apartment where he tried to lure Arnaz to the window.

“He opened the window and said, ‘Come over here and look at this view,’” said Arnaz. He suspected the man’s intentions so didn’t go to the open window.

“We are standing here in the middle of winter, and all of a sudden you open the window, letting in the wind and snow, just so I can look at the view,” Arnaz told Freckle’s husband. “I know the view—so close it!”

Freckles’ husband eventually calmed down and even made breakfast for Arnaz. When Arnaz later returned to Freckles’ apartment, she asked what had happened. “His first plan was to push me out of the window, but he then cooked a wonderful breakfast for me,” Arnaz replied.