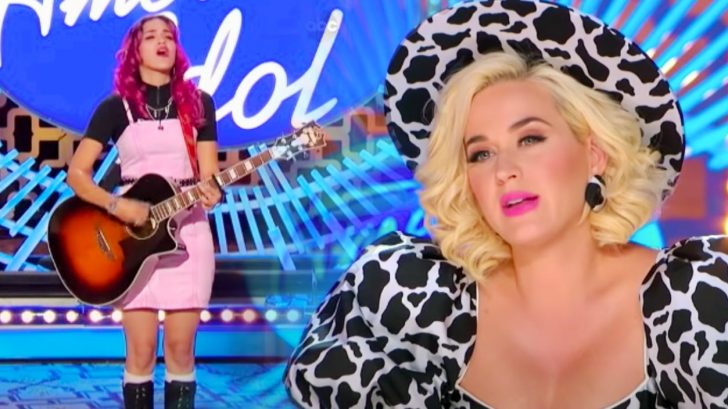 23-year-old Andrea Valles from Houston, Texas got the chance to chase her dreams when she auditioned for the 2021 season of American Idol. She aimed to impress the judges with her performance of “Landslide.”

“Landslide” was written by Rock and Roll Hall of Famer Stevie Nicks and was first recorded by the group Fleetwood Mac. The song later gained a connection to country music when The Chicks released a cover in 2002.

The Chicks’ rendition of the song reached the second spot on the Hot Country Songs chart and has since been certified Platinum by the RIAA.

A song with that much history behind it carries a lot of weight. But Valles was up to the challenge, and used the song to showcase her confidence in front of the Idol judges.

While Luke Bryan and Lionel Richie seemed to be fans of her performance, Katy Perry was not as enthusiastic. Even though she compared Valles to notable artists such as Gwen Stefani and Madonna, she didn’t seem sure about giving her a golden ticket to Hollywood.

“I kinda got lost in a daydream listening to your voice…I’m not sure if it was a good thing,” Perry told the young Texan.

She also told Valles she was “not completely convinced” by her performance.

So Valles gave things another shot and sang “Dance Monkey” by Tones and I. She won over Richie and Bryan even more with that performance, and they both voted “yes” to send her to Hollywood.

Although Perry still seemed a little unsure, she gave Valles a third “yes” vote. In parting, she gave her a piece of advice, telling her, “Don’t sell yourself short.”

If Valles takes Perry’s advice to heart, she may just go on to become our next American Idol! Tune in below to see her audition, and let us know what you think of her performance.