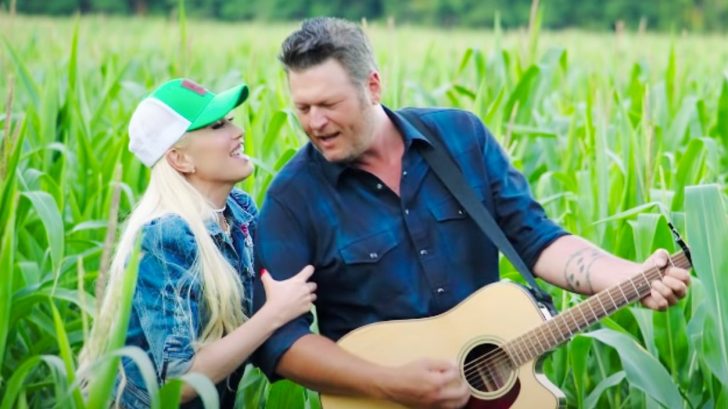 Blake Shelton and Gwen Stefani have now released four duets together. They are….

“Happy Anywhere,” the newest of Shelton and Stefani’s four collaborations, was just released on July 24, 2020 and took country music by storm. It sat at the #1 spot on the iTunes chart for some time and was the most-added song on country radio in the week of its release.

It eventually claimed the #1 spot on the U.S. Country Airplay chart.

This success came hot on the heels of “Nobody but You” claiming the Country Airplay chart’s #1 spot for the week ending in May 2, 2020.

Shelton and Stefani have proven to be a dynamic duo capable of releasing hit songs. So will they ever release a full duets album together?

This is the exact question country radio host Bobby Bones asked Shelton when he called in for a phone interview on July 28, 2020. But the answer Shelton gave isn’t the one most fans were likely wanting to hear.

Shelton has been outspoken about how he no longer sees a real point in releasing full albums anymore. He touched on this while speaking with Bones, saying, “The more and more time that goes by I’m starting to wonder why even do an album at all. I’m having a blast just putting out singles.”

At the time Shelton gave that interview, the last album he released was 2019’s compilation record Fully Loaded: God’s Country. It mostly contained older material, but featured a few new tracks such as “Nobody but You,” “Hell Right” and “God’s Country.” (Shelton has since released a new record in 2021).

Because he isn’t big on releasing albums, Shelton doesn’t plan to release a duets record with Stefani any time soon. But he did say there’s a chance they’ll put together an album of their songs years down the road.

“Maybe at the end of 10 or 20 years here, we’ll have enough duets together that we can put ‘em all together as a hits package,” he said. “I don’t know.“

Listen to Shelton talk more about a future duets album with Stefani in the clip below.

We’d love to hear a Shelton/Stefani duets album one day…no matter how far away that day may be!