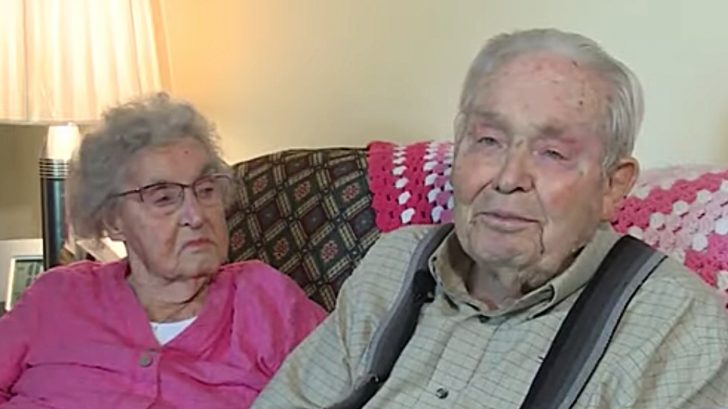 A beautiful fairy-tale love story started more than 81 years ago when Hubert and June Malicote married each other in June of 1943. The love story ended last week with the couple dying together only 20 hours apart.

Hubert and June Malicote had actually just celebrated their 79th anniversary six months ago with both of them reaching the grand age of 100 years old.

The century-old couple spent their last moments together and their 76-year-old son, Sam Malicote told news reporters how they left this world together.

According to Dayton Daily News, Sam said Hubert preceded his wife in death “by only hours, marking the end of their 81-year-love story.”

Hubert passed away on Nov 30 and June passed the very next day on Dec 1 in the afternoon, just 20 hours later.

“They went out together.” Sam told Dayton Daily News.“I feel sad, but I shouldn’t. Who can expect to live a life like that?”

The family had just celebrated Thanksgiving together when his mother became ill in the evening and was entered into hospice care due to suffering from several previous strokes in the past.

When Hubert visited her the next day on November 25, he “fell apart” and was also admitted.

After being unconscious for just three days in the same room together, Sam said his father died of a “broken heart,” and wanted to leave this life with her.

Hubert and June Malicote were both born in July 1922, found each other in a Kentucky church, got married on June 8, 1943, and moved to Ohio together where they would go on to have three children and seven grandchildren and build a loving family.

In an interview five months ago, the couple reflected on their decades-long love and shared a secret that made their bond last for so many years.

“We’ve never had one quarrel,” Hubert told WLWT. “If there’s controversy, you might have to walk away for a couple minutes. Then you come back in and change the subject or you work it out.”

Their daughter Jo added that the couple would “hold hands and say goodnight to each other” every night.

“Then in the morning, they are so happy to see each other,” she told the news outlet. “They greet each other with huge smiles.”

Six months ago when they were being interviewed, Hubert said that he couldn’t imagine being without his beloved wife.

“It’s kind of like if we aren’t together, the team is broken,” he told the outlet back in June. “We’ve had a wonderful life.”

Video On The Couple’s Love Story Below