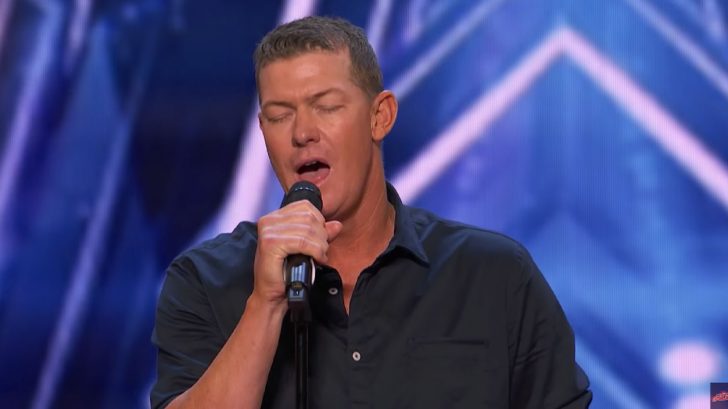 Perhaps one of the most memorable and moving auditions on America’s Got Talent happened on Tuesday, July 6, 2021.

Matt Mauser, the widower of Christina Mauser, a basketball coach who died in the helicopter crash that killed Kobe Bryant, his 13-year-old daughter, along with six others, earned a standing ovation after his incredible performance.

Mauser explained his wife coached girls’ basketball with Bryant and died January 26, 2020, in the helicopter crash that also killed the NBA star.

In his pre-taped interview in which he talked about how the two of them met back in 2004 after she saw him perform in a bar. They found love and were married for 15 years and had three kids before her death.

“When she left that day, she kissed me and she said, ‘I love you.’ That was the last thing my wife ever said to me,” he said, recalling the accident.

“If I had it my way, I would have my wife and I’d be supporting her, but that’s not what happened. It’s been a rough year, but here I am,” he told the judges. He then began to sing “Against All Odds (Take a Look at Me Now)” by Phil Collins, wrapping up his performance by wiping his eyes and earning a standing ovation.

The judges all gave him a “yes” to advance him to the next round.

Congratulations Matt! Watch his performance below.