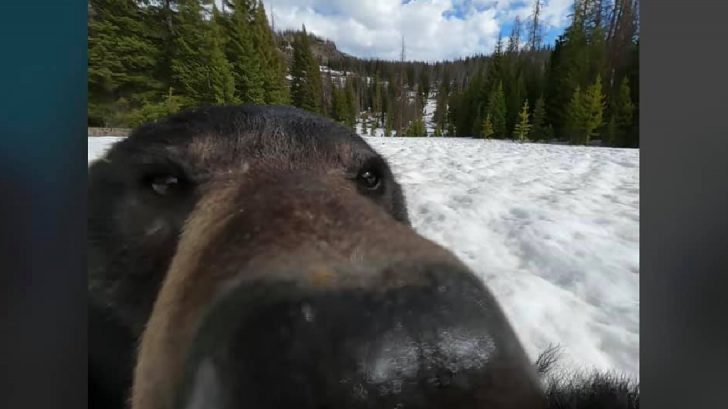 A Wyoming bow hunter stumbled upon a lost GoPro only to find that the footage recorded on the device wasn’t at all what he expected to see.

Dylan Schilt was hunting when we found the GoPro that had been lost while snowboarding. While not optimistic that there would be much to see, or even that the camera would work, since it had been laying in the wilderness for four months, Schilt took the camera back to camp and charged it. Much to his surprise, not only did the camera work, but it had captured footage of a black bear who had discovered the lost GoPro before he did.

“After four months of it sitting there, a big old black bear found it and not only managed to turn it on but also started recording himself playing with it,” Schilt captioned the footage he shared to social media. “Hands down the craziest thing I’ve ever found!”

The comments on the video are nearly as entertaining as the footage itself! “This is what my wife looks like trying to open the jar of pickles..” one reader wrote. Another commented, “Someone needs some dental work done.”