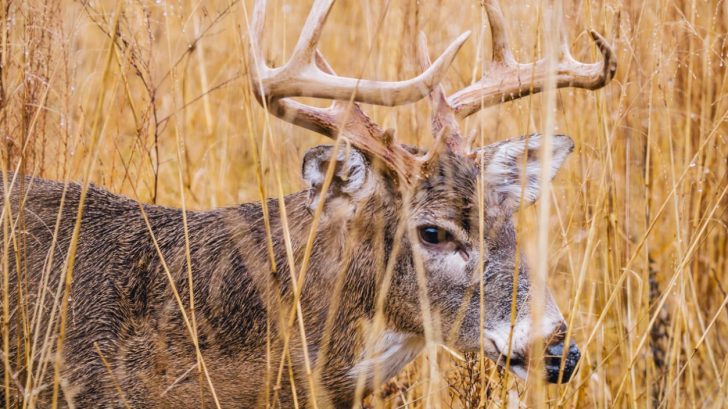 Photo by Anthony Roberts on Unsplash

The Arkansas Game and Fish Commission is stunned after learning about one of the most unusual deaths it has ever investigated. Keith Stephens, the Chief of Communications at the AGFC, has worked there for 20 years and told KY 3 “it’s one of the stranger things that’s happened” during that time.

According to officials, 66-year-old Thomas Alexander was hunting near the city of Yellville, Arkansas, when he came across a buck deer. All officials know for certain is that Alexander shot the buck with his muzzleloader.

After that, Stephens said that Alexander went to check on the buck. The AGFC advises hunters to wait 30 minutes before approaching a wounded deer, just to make sure it is still.

Stephens says there’s no way of telling how long Alexander waited before he approached the buck he shot. “I don’t know how long he left it there, but he went up to check it to make sure it was dead,” Stephens said.

But the buck wasn’t dead. “Puncture wounds” on Alexander’s body lead Stephens to believe the deer jumped up and attacked the 66-year-old hunter with his antlers.

While this is an extremely rare case, officials are reminding hunters to make sure the deer they shoot don't move for at least 30 minutes before approaching. https://t.co/ugQL1E9Toq

Alexander was hunting on his own, but was able to call his family. His family called emergency responders, and Alexander was rushed to the hospital, where he later passed away.

Still, it is unknown if the antler punctures led to Alexander’s death, or if it was caused by something else, such as a heart attack.

“It’s my understanding there’s not going to be an autopsy, so we may never know what actually happened,” Stephens told KY 3.

You can watch KY 3‘s report about the incident in the video below.

Our prayers go out to Alexander’s family and loved ones during this sad time.