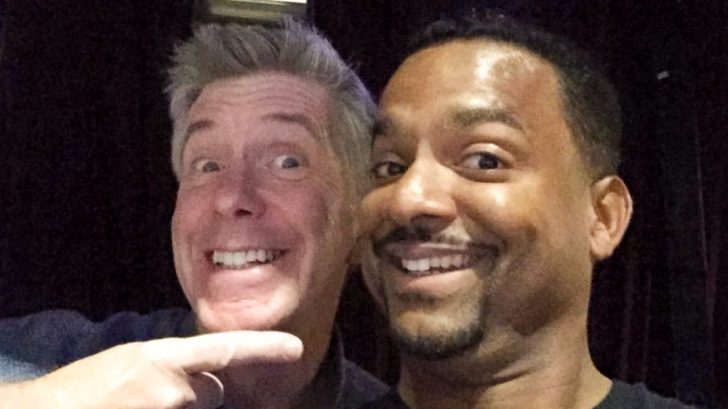 Tom Bergeron served as the host of Dancing with the Stars from its inception through Season 28. He had several co-hosts over the years, with his last one being Erin Andrews. She co-hosted Seasons 18-28.

Much to fans’ shock, it was announced that Bergeron and Andrews were not returning for Season 29. Tyra Banks was named as the new host of the show.

Banks hosted the competition solo during Seasons 29 and 30. But now she’s getting a co-host for Season 31.

It was announced on July 14 that Season 19 champion Alfonso Ribeiro is joining DWTS as its new co-host.

A post shared by Dancing With The Stars #DWTS (@dancingwiththestars)

Ribeiro seems to be a good fit for the job. On top of being a former contestant, he served as a guest judge in the past. He even stepped up to host the show during Season 21 when Bergeron was unable to do so.

This also won’t be Ribeiro’s first time hosting a show previously hosted by Bergeron. He is currently the host of America’s Funniest Home Videos, which Bergeron hosted from 2001-2015.

Bergeron hinted in the past that it wasn’t his choice to leave DWTS. In a July 2020 statement, he said, “Just informed @DancingABC will be continuing without me…”

So what was Bergeron’s reaction to the news that Ribeiro will be joining the show as its new co-host?

Bergeron posted a couple of photos that show him and Ribeiro together. He referenced Ribeiro’s co-hosting news and the also-recent announcement that DWTS‘ original showrunner Conrad Green is returning, saying:

“Now, getting Conrad Green back as DWTS showrunner is only ONE of their smartest decisions. Here’s the other one…Congratulations, buddy!“

Ribeiro commented on the post, writing, “I just hope I can make you proud.” Bergeron responded, “I have no doubt.”

You can see Bergeron’s post below. We look forward to seeing Ribeiro on the new season of DWTS!