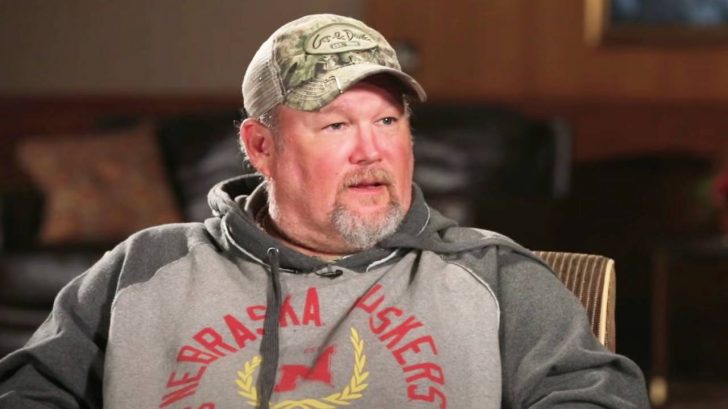 Even if you’ve been a super-fan for years and followed the Blue Collar Comedy Tour around the U.S., you probably still didn’t know that Larry the Cable Guy has been putting on a really good fake Southern accent for over 30 years…

So, how did this whole ruse begin? And why does he continue doing it? Well, to figure that out, you have to go all the way back to Daniel Lawrence Whitney’s college days. (Oh yeah, “Larry” isn’t his real name either.)

The now-56-year-old comedian was born in Pawnee City, Nebraska – far from any Southern accent, and in a part of the world they call soda “pop.”

During a 2017 interview with Graham Bensinger, Daniel Lawrence Whitney (a.k.a. Larry) opened up about where his Southern accent came from – and the technique of using it as a way to connect with the audience through his comedy.

“I’m like a linguist chameleon,” Larry explains adding a very strong Midwestern accent. “I’ll go to Wisconsin and hang out with my cousin and two days later I’m talking like I’m from Sirona, Wisconsin.”

A post shared by Larry The Cable Guy (@gitrdonegram)

Larry’s dad had a bit of a Southern accent himself, so there are certain words that he says with an air of the South coming off some of the vowels – but it was when he moved down to Georgia for college that he really started adopting a Southern twang.

A drama and speech major, Larry had a super Southern roommate he started to pick up little bits of speech from and then, before he knew it, it became almost a second nature to him.

“I can turn it on and turn it off anytime I want,” he added in his Southern accent. “It’s not a big deal to me. If you were my buddy Brad – he talks like this [Southern accent] 24 hours a day and we’d be talking like [that] and not think anything of it.”

A post shared by Larry The Cable Guy (@gitrdonegram)

But beyond the fact that his Southern accent isn’t his real speaking voice – there’s a technique to using it in comedy that very few people realize.

His whole brand of comedy is built off of redneck culture and funny Southern stereotypes, so putting on a heavily-exaggerated Southern accent gives his jokes and comedy routine more credit when you hear it. Think about it: would you be laughing as hard if he sounded like just your average Midwestern city guy? Probably not.

So, while his fake accent has been an ongoing theme for him – it’s also a huge reason why the majority of America loves him so much!

Check out the video from his interview with Graham Bensinger below and let us know what you think now that you know his accent is just a ruse!