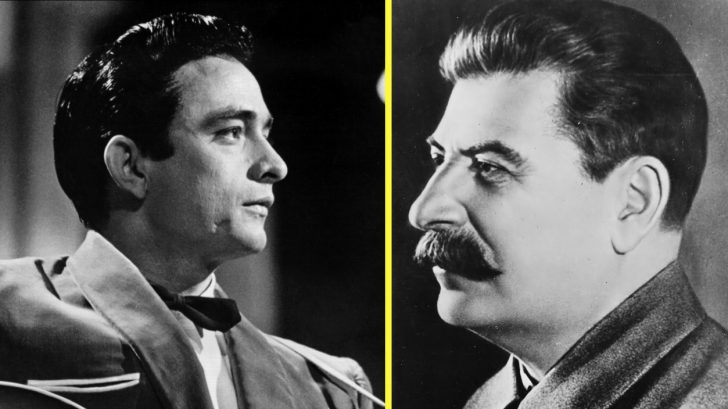 A young, spry 18-year-old Johnny Cash quickly enlisted in the United States military and his knack for quickly crunching Morse Code and deciphering it proved invaluable to the Air Force.

Shortly after his enlistment, Cash was stationed in Lackland Air Force Base in San Antonio, Texas before getting deployed to West Germany for a duty station that was at the forefront of the Cold War between Soviet Russia and the United States.

During this post, Cash earned the rank of Staff Sargeant and his knack for deciphering Morse Code was recognized. He was quickly moved into a Security Service unit as a Morse Code operator and was given an important role to decipher Soviet communications.

Did you know? Johnny Cash was a radio operator in the U.S. Air Force before coming back to Memphis and starting his music career. See more artifacts from Johnny's early life and career at the Johnny Cash Museum! pic.twitter.com/jqt9hMHfh2

While at his listening post in Landsberg, West Germany, Cash also formed his very first band and was inspired to write one of his most recognized songs “Folsom Prison Blues” while likening his life on a secret post to life in the prison.

Because of the incredibly sensitive nature of his position, Cash couldn’t discuss anything about his work life with people outside of his unit – and for that reason, it wasn’t until many years later that he could reveal the important role he played.

(Above: Johnny Cash sings “I Walk The Line” in German.)

On March 5th, 1953, Cash decoded a transmission from Soviet Russia that he knew would be one of the most important pieces of information he ever held.

It was during that time the leader of Soviet Russia, Joseph Stalin, had been in very poor health. Just a few days prior, his staff had discovered him only partially-conscious on the floor of his bedroom. Suffering from a cerebral hemorrhage (a type of brain bleed), Stalin then was laid on a couch for the next three days before he died. According to his daughter, Svetlana, he had undergone “a difficult and terrible death,” however many believe he may have been murdered, but evidence of that hasn’t been discovered.

Today 1953 Joseph Stalin dies. He & his regime were directly responsible for the deaths of a minimum of 20 million. pic.twitter.com/gjoy2zTp0A

During his station monitoring Soviet Morse Code chatter, Cash learned of Stalin’s passing before anyone else in the entire U.S. He immediately finished decoding the transmission and alerted his superiors to the death of Stalin.

Over the next decades, this major accomplishment under service to our great country would become a lesser-known factoid of Cash’s life – partly due to the level of secrecy required for quite some time after, and also because of his growing celebrity status as a musician.