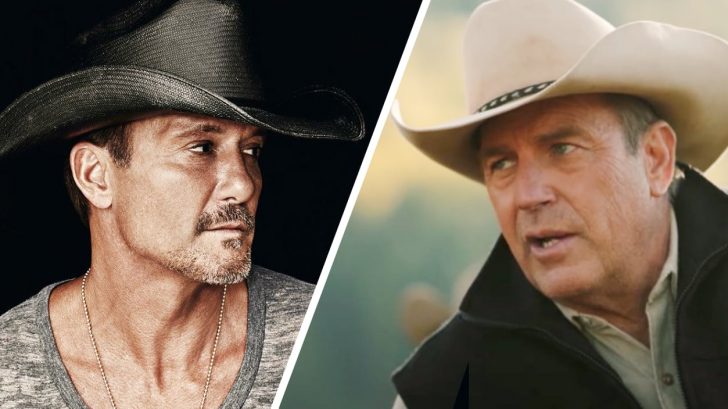 By now, you’ve likely heard the news that Tim McGraw has been cast in the new Yellowstone prequel series 1883. He is playing a character named James Dutton, who has been described as the patriarch of Yellowstone‘s iconic Dutton family.

McGraw’s wife Faith Hill will star alongside him in the series. She is playing a character named Margaret Dutton, who is described as the matriarch of the Duttons.

The country music power couple will be joined by Sam Elliott. He has been cast as “a tough-as-nails, handsome cowboy with immense sadness in his past” named Shea Brennan, according to TVLine. His character has been tasked with leading the Duttons and others on their journey from Texas to Montana (where the Duttons eventually establish their ranch).

Since the prequel series is set over 130 years in the past, it’s unlikely the main show’s characters will ever make an appearance unless there are some flash forward scenes. Still, Yellowstone‘s star Kevin Costner wants McGraw to know he is welcoming him into the Dutton family with open arms.

Costner, who portrays Yellowstone‘s lead character John Dutton, made it clear he approves of McGraw’s casting in the prequel series. On a video McGraw shared speaking about his role as James Dutton, Costner wrote:

“Dutton looks good on you“

Since McGraw is playing a Dutton who has been called the “patriarch” of the family, he’s clearly related to Costner’s John Dutton in the main series. But how?

It turns out that James and Margaret are John’s great-grandparents! This was confirmed by McGraw himself.

In an interview with Slash Film, Tim said:

Learn more about the expanding world of Yellowstone and its prequel series by tuning in to the video below. We can’t wait to see how James and Margaret’s story connects to John’s!