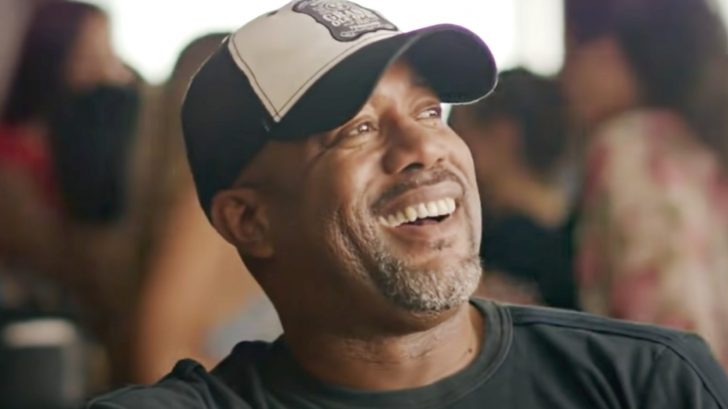 Darius Rucker took to social media to share a time the singer thought he would get arrested.

On the country star’s TikTok account, Rucker shared a memory from his time on the road with the Rascal Flatts. In the video, the “Wagon Wheel” singer recalled finding a golf cart with Rascal Flatt members Gary LeVox and Joe Don Rooney. Rucker explained that the trio commandeered the golf cart and attempted to cross a highway. Moments later, the three saw flashing lights following the golf cart.

Rucker and Joe Don were so convinced that they would be arrested that they actually fled the scene of the crime. In the video, Rucker explained:

“And, the funniest thing about the whole thing is the cop stops us, and me and Joe Don did the ol’ pretend that we’re not there thing. We just got out of the golf cart and started walking back, we were leaving Gary right there. He was going to jail by himself, we were out of there.”

Fortunately, the country stars were rescued by their security team, and no one ended up spending the night behind bars.

For more on Rucker’s career, check out the following video.