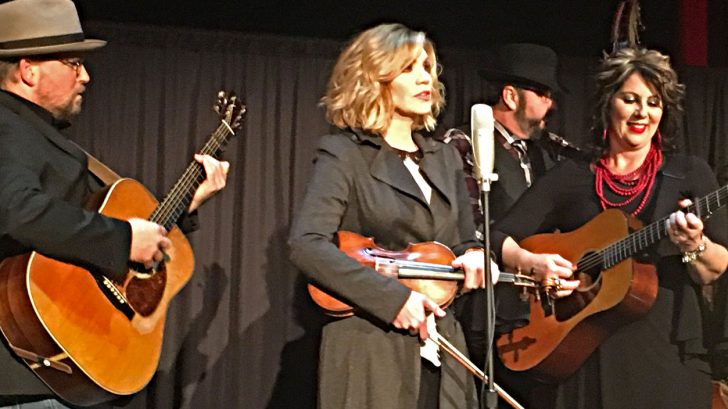 The 46-year-old musical mastermind has done it again – and this time, straight from the Grand Ole Opry stage!

Alison Krauss is known worldwide for her incredible contributions to the world of music and has been lauded as one of the most prolific bluegrass and country musicians to ever take the stage. Since her first Grammy Award in 1991, Krauss has become the most-awarded living recipient with 27 wins and 42 nominations.

Krauss has worked with various members of the Isaacs in the past, but this was the very first time that she and the whole band joined forces for a collaboration – and it was all captured on film thanks to an attentive audience member!

The clip, which was uploaded by The Grand Ole Opry to their official Twitter account, shows Krauss holding her violin and standing in a round with The Isaacs. Together, they pour out their hearts and souls in a nod to the late, great, Don Williams.

With chilling harmony, soaring notes, and backing music that completely filled the room, this first-ever collaboration proves that their talents are a match made in heaven!

Watch Alison Krauss and The Isaacs sing “Til the Rivers All Run Dry” below.