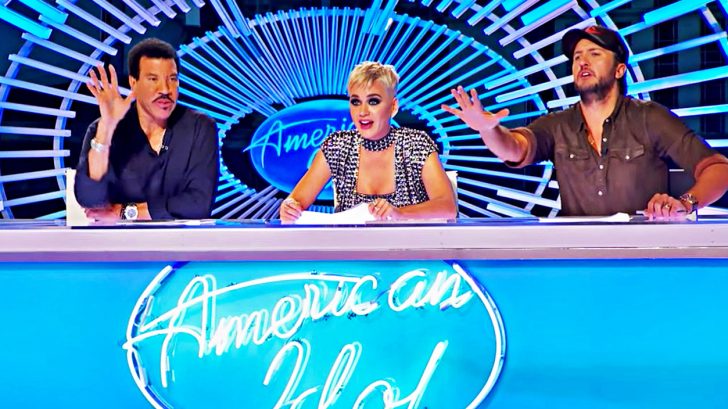 As one of the most-famous television singing competitions closes out their Hollywood Week segment, you may have noticed that three wildly-talented singers had completely vanished from the show – without any explanation.

American Idol, which struggled in months past to secure a set of three judges, has been chugging along strongly compared to past seasons…but this new twist brings doubt over its ability to survive.

The Hollywood Week part of the competition comes directly after the auditions. If you’ve been following along, you would notice three of the standout singers who earned golden tickets to Hollywood…never showed up.

Vanishing into thin air, these three future superstars ditched their Idol dreams – and nobody said a word.

Two of the three stars to disappear were featured in news articles that touted the rarity of their audition. The sisters, Payton Taylor and Taryn Coccia, went into the audition room only expecting Taryn to take a shot at impressing the judges. Surprisingly, the judges asked both to audition – and advanced the sisters on to Hollywood Week.

The third vanishing contestant is none other than a talented singer who recently portrayed Elvis Presley in CMT’s Sun Records series. Drake Milligan wowed the judges during his Idol audition with a mind-blowing cover of George Strait’s “You Look Good in Love.” Even though he also was advanced to the next round of the competition – you will never see him return.

Now approaching the end of Hollywood Week – and after fans have been completely stunned by the disappearance of their favorite artists…these future stars have come forward about their choice to walk away.

In several social media posts, sisters Payton Taylor, and Taryn Coccia explain their choice to reject their ticket to Hollywood Week was based on the work they’d already poured their hearts and souls into.

Payton shared several photos of her time on American Idol with her own admission about the departure, saying:

“You won’t be seeing my sister, Taryn Coccia, or I on American Idol.  Both of us received tickets! However, after a lot of thought and prayer, we both declined the invitation to go to #HollywoodWeek.”

“Why? We are sisters on a mission. We are both about to launch our singles respectively and are ready to put the hard work into carving our own paths individually… ALWAYS having each other’s backs. It’s never a competition with us. We are ready to take the leap of faith into our own (extremely different) artistic paths… and we hope you will join us.”

Her sister, Taryn, also explained her choice on social media and apologized if she disappointed anyone.

I’m so sorry to disappoint. You won’t be seeing @paytontaylor129 and I on @americanidol tonight. Although we received our golden tickets to Hollywood, we decided that we want to drive our own careers in the direction we want. Although I was SUPER disappointed at first, I know that this is 100% the right decision for us, and what we’re trying to do in the music buisness. We want you to see us for who we really are and we’re not striving for 15 seconds of fame. We are sisters on a mission and we’re both about to release our own singles. I’m so thankful for the exposure that our audition gave us. The grind never stops so stay tuned. ?? #americanidol

Milligan, like the two sisters, also opened up about his choice on social media – expressing that he’s been flooded with questions about his disappearance.

Read Milligan’s full statement below and let us know what you think about all this in the comments.

Been getting a lot of questions about no longer appearing on American Idol after my audition, just thought I'd let y'all know what's goin' on! After my audition I decided that I wasn't quite ready for that platform yet, and that it would be a better step for me to move to Nashville and focus on my music first! It was a very tough decision, and it in no way reflects my experience during the audition process… Everyone on the show was very kind and I feel absolutely blessed and gracious to have been a part of it! Wishing the best of luck to all the talented folks competing on the show. I will be tuning in all season and I hope y'all do the same! Happy Easter ? #americanidol #bringincountryback #cowboycool