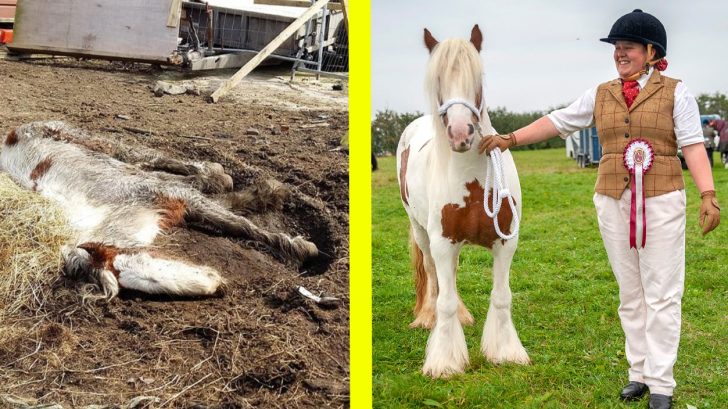 As far as there is life, there is hope.

This is the outcome of the incredible story of Heidi, a little pony, strongly neglected by its owner and thought to be dead in the midst of squalor.

Everything started when the British Horse Society received an anonymous call asking them to check on a horse living in East Durham, England. Once a BHS volunteer arrived at the building site, he was horrified by what he saw. Heidi, the little pony, was thought to be dead and was bearly breathing. She was laying down on the ground with almost no life. The volunteers realized they were facing one of the most severe cases of neglect they had ever seen. So, they had to react and to react fast!

“The decision was made to give her a chance and it took five people to lift her to her feet,” said the spokesperson of Here 4 Horses Equine Charity as reported by BoredPanda.

Wasn’t expected to make it, but she is an incredible fighter. With the help of the five volunteers, she achieved a slow but amazing recovery. Her transformation went viral on the internet with people commenting on how strong she is and how unbelievable her results were.

During her recovery phase, Heidi was scheduled for a plasma transfusion and several liters of blood were donated by healthy horses to her. It took more than 5 weeks for the pony to be able to stand by herself. After a long time, Heidi’s hair began to grow. She looked brighter and happier. Over time, she regained her weight and went on to make everyone proud by becoming a rosette-winning pony!

Watch the video of Heidi’s transformation below!