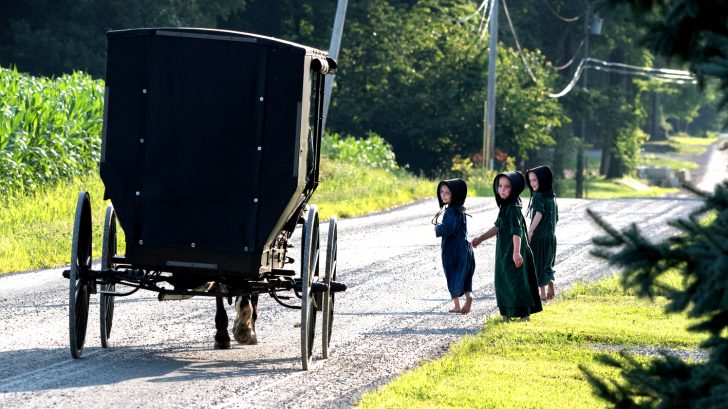 Three children are dead and a fourth one is seriously injured after an accident along a highway involving a horse-drawn buggy on September 18th, 2019 in Eaton County, Michigan.

It was almost half-past three in the afternoon when the accident happened and first responders showed up very shortly after.

“Upon arrival, our deputies found there were four children who had occupied the buggy. Three of those children were found deceased. The fourth was seriously injured and transported to a local hospital,” Eaton County Undersheriff Jeff Cook told the media.

The three deceased children were aged between six and 13 – and all of the children were not being accompanied by an adult in the buggy.

The crash occurred when a motor vehicle driven by a man struck the buggy from behind. A bystander who saw the incident then tried to assist the children until emergency responders arrived.

The man who was driving the vehicle was taken to a local hospital for examination.

“It’s a horrific scene,” Undersheriff Cook said. “It’s a horrible tragedy, and we’re doing our very best to conduct a full investigation and find out how this occurred and help the families involved.”

“It’s very difficult [for] all of our responders, deputies, EMS, witnesses [who were] at the scene—we all have children. It’s difficult to measure the impact that this has on the families of these children…we are doing our very best to conduct a full investigation and find out how this occurred and help the families involved,” Cook added.

Our thoughts and prayers are with the family of these children in this very difficult time.