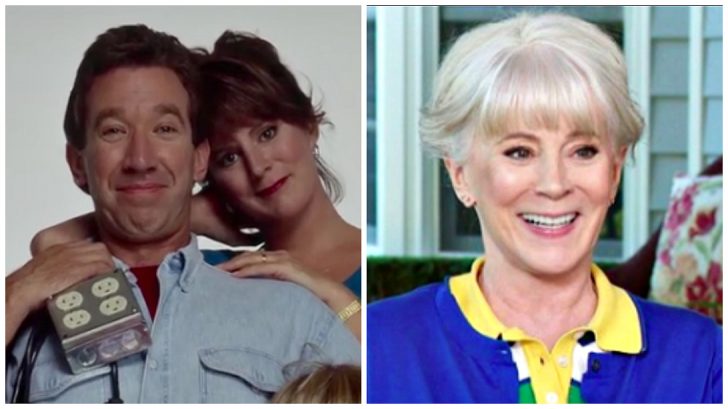 Home Improvement was one of the most watched sitcoms of the ’90s. The show launched the careers of Tim Allen (as Tim “The Tool Man” Taylor), Jonathan Taylor Thomas (as one of Allen’s on-screen sons), and others, including Patricia Richardson who played Allen’s television wife, Jill.

Richardson’s role on Home Improvement made her one of the most beloved and recognizable moms in tv history. But, a new interview with Entertainment Tonight has fans of the actress doing a double-take. The 69-year-old, known for her brunette hair, let her hair turn its natural gray during quarantine.

The interview was part of the Entertainment Tonight’s “Iconic Leading Ladies of the ’90s” series. During the interview, Richardson, reminisced about her time on Home Improvement from 1991-1999 and recalled the reason why she took the part right after giving birth to twins.

“I didn’t want to do any more sitcoms, and I certainly did not want to be a thankless mom,” she shared of being asked to be a last-minute replacement for the role of Jill Taylor. “I didn’t audition for it. I came in and they said, ‘We want you to start tomorrow.'”

Despite not knowing who Allen was prior to being cast as his on-screen wife, Richardson and Allen had immediate chemistry, something that didn’t go unnoticed by viewers.

“Immediately, I loved him,” Richardson said. “The primary thing I saw the most in the mail was, ‘Are you looking through our windows? The things you and Tim fight about are just like our family. Or, ‘I get it, I have three sons too,’ or, ‘This is so freaky, because it’s just like our family!'”

“So then they went to Tim, and they said let’s do it with dead Jill,” she said. “And then Tim was like, I don’t think we can do that. So then he went out and said well, I think it’s time to end Home Improvement.”

Watch Patricia Richardson’s full interview with Entertainment Tonight here. And check out some of our favorite Home Improvement bloopers in the video below.