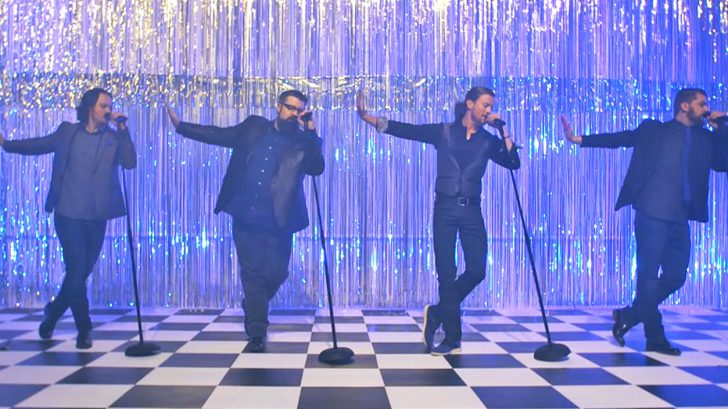 The guys in Home Free are no strangers to covering modern country hits.

Some of their most popular cover videos in recent years have been of more modern songs, such as Maren Morris‘ “My Church” and Thomas Rhett‘s “Die a Happy Man.”

You also may be happy to hear another song that everyone’s favorite a cappella group has covered…Keith Urban‘s “Blue Ain’t Your Color.”

“Blue Ain’t Your Color” was released in August 2016 as the fourth single off of Urban’s album Ripcord. The smooth, bluesy tune was an quick hit, and cruised all the way the number one spot on the country chart.

It managed to hold on to the top spot for an impressive total of 12 consecutive weeks.

What Their Inspiration Was

“When we first heard the song, we knew that we had to make a Home Free arrangement,” he said.

The group opted to stay true to the song’s original style, but their arrangement takes on a bit more of “an old-school Motown feel,” as described by bass singer Tim Foust. It was that same classic vibe that Foust and the rest of the group brought to their official music video for the song, which they released in March 2017.

Shot in front of a gold, tinsel-like background, the video shows all five members of Home Free standing in a straight line with microphones in front of them.

Lundquist takes the lead on the first part of the song before baritone harmony singer Adam Chance takes over later on.

In addition to their stunning vocal talents, the Home Free guys also showed off a few smooth dance moves in the video. The dancing added further to the Motown vibe they were going for, and offered even more charm to their performance.

What else can we say? These guys wowed us once again! We’re sure you’ll be equally impressed when you watch their dazzling cover of “Blue Ain’t Your Color” in the clip below.