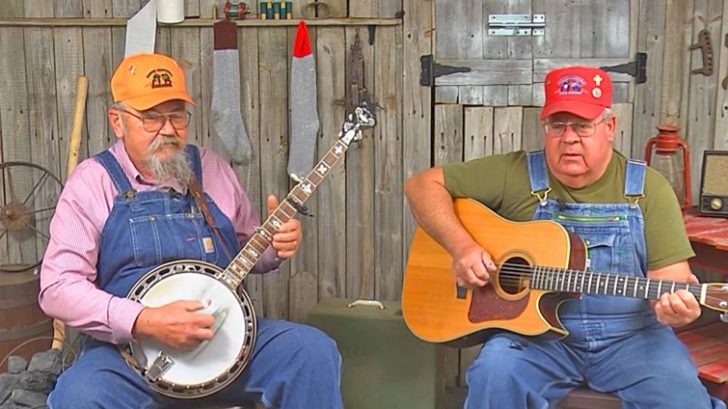 The Moron Brothers are at it again!

These two hilarious, redneck brothers are about as country as they come. Clad in overalls and baseball caps, these guys sit in their barn and show off their incredible talents of banjo and guitar pickin’.

They have a knack for songwriting as well. The Moron Brothers are known for their comedic style of writing and their dry delivery of hilarious jokes, which makes the jokes even funnier, if that’s even possible.

In their original song “The Rooster Song,” they sing about a hen on their farm that wouldn’t lay any eggs until one day a rooster shows up and takes her behind the barn. All of a sudden, the hen was laying eggs left and right!

The hilarious tune begins with the following lyrics.

Each verse is changed with a different animal. The next verse is about a dog who wouldn’t have any puppies, but since the rooster came on the farm, the dog has “bird dogs.”

The third verse is about a cow who won’t produce any milk. Since the rooster came on the farm, the cow now produces eggnog!

The final verse is about their Aunt who doesn’t have any children, and the song takes a hilarious turn. Watch the full performance below to find out what happens!