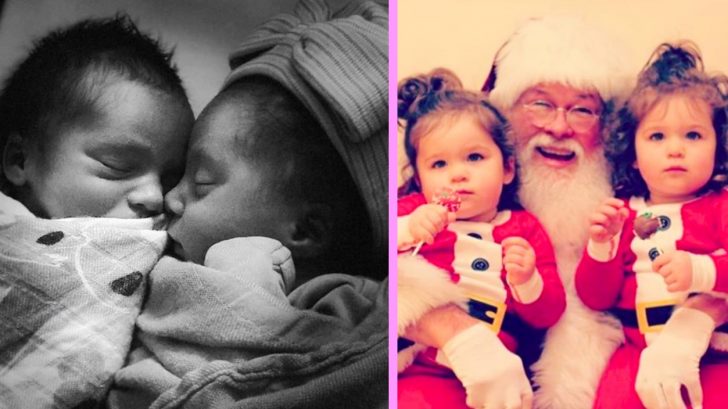 On January 29, 2018, Hillary Scott of Lady Antebellum and her husband, Chris Tyrell, welcomed their identical twin daughters. The baby girls arrived after the couple previously experienced a miscarriage in 2015.

That experience inspired Hillary to write and record her gospel song, “Thy Will,” which went on to win a Grammy.

So when Hillary became pregnant again, she and Chris felt blessed beyond measure to be able to finally give their daughter, Eisele, a sibling.

Much to their surprise, they found out they were expecting twins. The couple announced the news through a joyous video, which shows them telling Eisele she was going to be a big sister times two!

God has answered our family's countless prayers! Our family is growing…Chris, Eisele, and I wanted to share our DOUBLE portion of joy with you all! We appreciate all the love and prayers in the coming weeks as we wait (somewhat patiently if you're Chris and I, and impatiently if you're Eisele ?) for these precious BABIES to arrive. Yep, babies! We are having TWINS! It's truly a miracle. Because we've been so open about our last pregnancy loss and journey, I want to be fully transparent with you that this happened naturally. Chris nor I have any family history of twins that we can find and are just resting in the profound gift this truly is. My heart still grieves for our loss and all who are struggling with pregnancy and infant loss and infertility. God hears every prayer and I will continue to share our story to point to the Source of all life, peace and comfort in the best and most difficult of times. Don't lose hope! Thank you @hodgesusry for capturing this priceless moment and make sure you swipe to see all the sweet moments @montgomeryleephoto captured on the day we told Eisele. Love and blessings to all! The Tyrrell's

When Hillary and Chris finally welcomed their rainbow babies, they couldn’t wait to share the news with the world.

After posting a previous announcement to indicate the twins were born, Hillary introduced her daughters through a post on social media. She also revealed their names at that time, writing, “Our identical little ladies Betsy Mack and Emory JoAnn were born January 29th around 2am, 5.5lbs each and 17 inches long.”

Our identical little ladies Betsy Mack and Emory JoAnn were born January 29th around 2am, 5.5lbs each and 17 inches long. Their Daddy took this picture when they were two days old napping on Mama. Their favorite place to be, other than on me, is nose to nose and cheek to cheek. Big Sister Eisele’s heart is full of love for her sisters and she is already such an incredible little helper. One week in and we are definitely seeing double! Double the blessing, double the tired double the laundry, but double the love! ~Tyrrell Party of Five ?????????? ?????

Over the past two years, Hillary’s fans have been able to watch the twins grow through the photos she shares of them on social media.

Hillary isn’t as conservative about sharing photos of her kids like other artists, such as Carrie Underwood. But a picture of the twins is still a rare treasure fans always enjoy seeing!

In honor of the girls’ second birthday, it only seemed fitting for Hillary to share a new photo of them. The adorable snapshot shows Betsy and Emory in coordinating outfits while they pose for the camera.

You can see the precious picture below.

Look at those curls!

The twins’ second birthday comes in the midst of an exciting time for Hillary. Lady Antebellum’s 2019 single, “What If I Never Get Over You,” became a number one hit, and their album, Ocean, charted in the Top 10.

From earning number ones, to her twins turning two, Hillary has lots of reasons to celebrate!