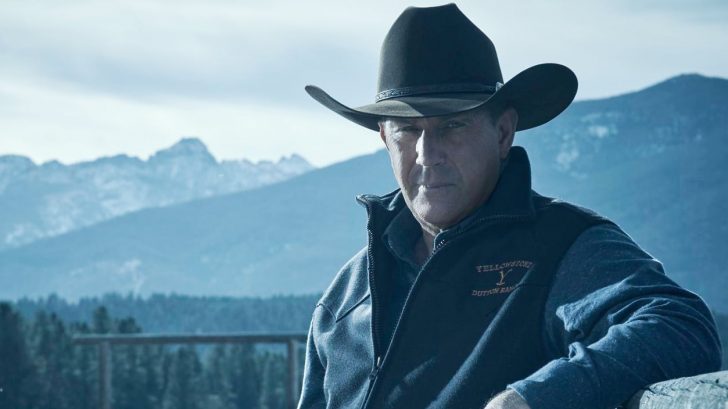 SPOILERS AHEAD for the first two episodes of Yellowstone Season 4 (“Half the Money” and “Phantom Pain”). DO NOT keep reading if you do not want the contents of these episodes spoiled for you.

After a long wait, Yellowstone‘s fourth season finally premiered on November 7. It was a two-episode premiere, with the first episode being titled “Half the Money.”

At the end of Season 3, several characters’ lives were left on the line. John Dutton had been shot and abandoned on the side of the road, Beth Dutton was caught in her office when a bomb exploded, and Kayce Dutton was ambushed at his desk in the police station.

“Half the Money” opens with a look at John, who is alive, but seriously injured. Though he still manages to write down a description of the vehicle his attackers were driving. Rip Wheeler finds John and saves him.

We then cut to Kayce, who successfully fends off two gunman at the police station. He survives, as does Beth, who comes out of her bank office in disarray. She is covered in blood and her back is badly burned.

Kayce gets ahold of his wife, Monica, who is back at the Dutton ranch with their young son, Tate. Not long after, an intruder shows up and a fight breaks out between the intruder and Monica. As the intruder is about to kill Monica, Tate steps forward and shoots him in the chest.

Then, Kayce tracks down the people who attacked John. Shots are exchanged, and Kayce kills the assailants. But he doesn’t make it out of the encounter unharmed. He suffers a gunshot wound, though it thankfully is not fatal.

As for John, is placed in an induced coma for two months. But he miraculously survives.

Near the end of the episode, Rip comes up to Roarke Morris while he’s fishing. Rip has a cooler with him holding a venomous snake, which he unleashes on Roarke. As Roarake lies on the ground dying in agony, Rip says, “good riddance.”

The episode opens with John and Kayce discussing who could have been behind their respective attacks. They wonder if Jamie Dutton was the mastermind who orchestrated the whole thing, but conclude the attackers likely acted on their own accord. John then gives Kayce instructions to take out the remaining attackers.

We then see Jamie, who buys his own ranch with some help from his biological father, Garrett Randall.

Another scene shows Market Equities needing to bring their construction work to a halt after discovering human remains and ritual artifacts. Chief Rainwater is brought out to the site to identify the findings.

This is when we’re introduced to a new character, Caroline Warner. She is the chair of Market Equities’ board of directors. She tries to strike a deal with Chief Rainwater so they can continue their construction work.

Meanwhile, John takes the ranch in a new direction through showing and studding horses. At the same time, Beth has found herself out of a job after being fired by the Schwartz & Meyer bank. She expresses her desire to seek revenge against the company and her former boss.

That’s when we’re introduced to another new character, Carter, a young boy that Beth ends up taking under her wing. But Rip and Carter don’t get along, and he eventually puts the boy to work as a stall cleaner.

Speaking of putting people to work, John sends Jimmy to a ranch in Texas after Jimmy broke a promise he made about never riding rodeo again. This deeply upsets Jimmy, since he has to leave behind his home and his girlfriend, Mia.

Toward the end of the episode, we see Rip, Beth, and Carter enjoying a meal together. The episode concludes with John and Carter speaking to each other in the barn before John rides away.

There you have it folks… that’s a recap of the events that unfolded during the two-part Yellowstone season premiere. What were you most surprised or shocked by?

After that epic premiere we can’t wait to see what else is going to happen this season! Check out the video below for a look at what’s coming next.