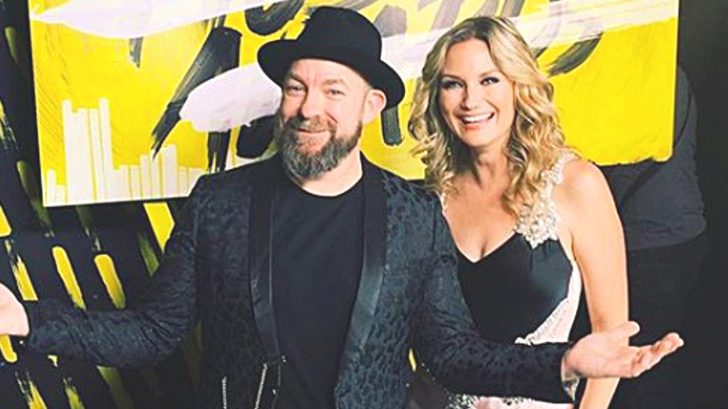 Sugarland Is Back & Ready To Take On The World

After a multiple-year hiatus, Sugarland is back in the swing of things. On Friday (June 8) the duo released their first new album in eight years, titled, Bigger.

Even though Sugarland reunited not long ago, they’ve already experienced renewed success together. Their first two singles off of Bigger, “Still the Same” and “Babe,” have made quite the impact on the country charts. The former reached the 26th spot on the Billboard Country Airplay chart, while the latter has peaked as high as the eighth spot on the Billboard Hot Country Songs chart.

The success of these two singles has shown that Sugarland is just as relevant now as they were before their hiatus. There’s one thing that the duo credits for their ability to thrive after taking such a long break, but it’s probably not what you think.

With CMA Fest happening in Nashville, Sugarland picked the perfect week to release a new album. Jennifer Nettles and Kristian Bush sat down for separate interviews to talk about Bigger, their break, and how they feel about being back in the country music scene as a duo.

While speaking to The Boot and other media outlets, Nettles described how much country music has changed since Sugarland has been on hiatus. Over those years, certain stars in the genre took their music in a pop-leaning direction.

But rather than harm them, Nettles feels that these changes have helped Sugarland thrive in their reunion. Reason being? Because, she says they always experimented with such a style themselves.

“At the time, it was so scandalous [to have a rap in a country song], and now there’s Sam Hunt…” Nettles said. “The margins we used to play in, boy, have they widened. We are just having a ball.”

She went on to elaborate:

“I feel like we’ve always had so much fun playing in those margins of those different and varied influences. I think in the time we have taken a pause, the highway has broadened to such an extent that now it’s such a big superhighway.”

So does Bush agree with his bandmate on this? It turns out that he does.

Speaking to Taste of Country, Bush also mentioned how country music’s changed envirnoment has allowed Sugarland to do what they always did, only better than ever. He specifically credited the type of music referred to as “bro-country” for allowing Sugarland to just let go and focus on making music that was fun:

“The progress that bro-country made was to inject groove into country music, and I loved that experience. I wasn’t very good at writing those songs, but what I did love about it was there was a complete let-go of the importance, to some degree, of the lyric in service of the groove.”

As Bush explained, he and Nettles have never gotten together with the intentions of writing or recording a “country” song. They just wanted to create something that both they and their fans would enjoy.

A wealth of fans sure do like the duo’s latest single, “Babe,” which features Taylor Swift. The music video for the song just debuted on Saturday (June 9), and already has millions of views. Check it out below!