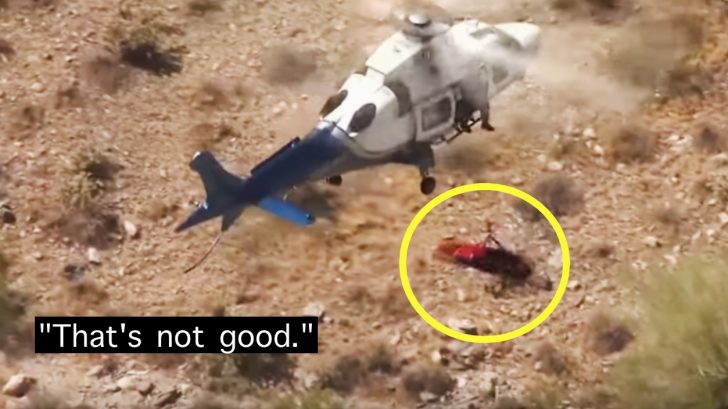 This was like a carnival ride gone wrong when a 74-year-old woman was trying to be airlifted to safety after being injured during a hike on a mountain near Phoenix, Arizona.

The woman, who remains unidentified, had been strapped to the backboard and was several feet off the ground when things went awry and she started spinning out of control – and at a terrifying velocity.

The video is NOT sped up, and at the point in which she spins even faster, the commentator adds “probably passed out by now” – and surely he was right! Who could stand being spun like a literal windmill after suffering a head and facial injury?

Then, after trying to stop her spinning and realizing they can’t, they just fly off with her still twirling about.

Watch this insane rescue-gone-wrong below. (She was 100% fine from the spinning and emerged just a bit dazed and they treated her for her initial injuries.)