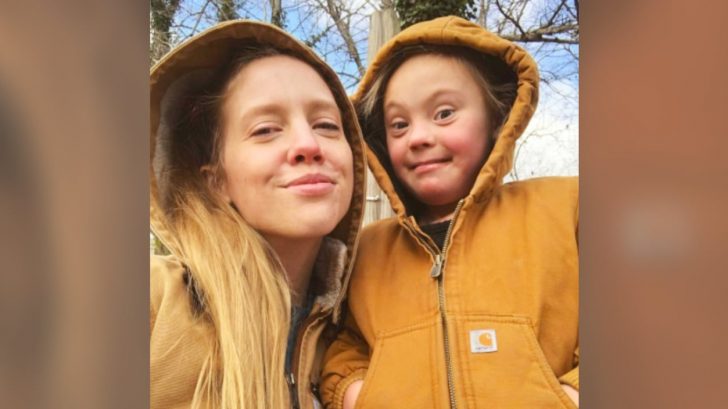 On February 17, 2014, Joey Feek gave birth to her and Rory’s first child together, Indiana, or “Indy” for short.

Joey + Rory included footage from the day of Indy’s birth in their music video for “If I Needed You.” Their performance of the song was nominated for a Grammy in 2016.

The Grammys were held on February 15 that year, and Indy celebrated her second birthday two days after. Sadly, Joey passed away just a little over two weeks later, leaving Rory to raise Indy on his own.

Despite everything Rory has been through, Indy has always served as the bright light in his life. He continues to share photos and videos of her with his fans through his social media profiles and his blog.

In his most recent blog post, which he published just days before Indy’s seventh birthday, he said she has started taking riding lessons.

“Indy’s always been very brave. So getting up on the pony, or holding on isn’t something that she is afraid of,” Rory said.

He also shared several adorable photos from Indy’s first riding lesson. She looks like she was having a ton of fun!

“It was so sweet to see her so happy and so comfortable sitting in a saddle. Getting to learn something herself, something she can be proud of,” Rory said.

Rory shared one of these photos on Instagram as well, and Indy’s smile says it all.

For those who have followed Joey + Rory from the beginning, it’s crazy to think that their baby girl is now seven years old. Even Indy’s own sister can’t believe how fast she’s grown up!

Rory has two older daughters, Heidi and Hopie, from before he met Joey. Heidi and Hopie are extremely close to their father, and Indy, and enjoy sharing pictures of her on their own social media profiles.

Heidi celebrated her baby sister’s birthday by posting a photo of the two of them wearing matching Carhartt coats. She wrote, “cannot believe bbsis is 7 today. excuse me while i cry.”

You can see the adorable photo of the two Feek sisters below.

We hope Indy had a happy seventh birthday!