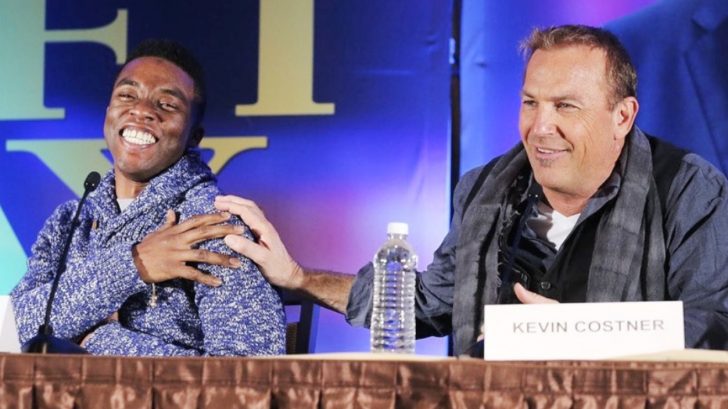 On August 28, actor Chadwick Boseman’s family took to his Twitter to announce his passing at the age of 43.

Along with a black and white photo of the actor, they included a statement, which read, “It is with immeasurable grief that we confirm the passing of Chadwick Boseman.”

In the statement, his family revealed the actor had been battling Stage III colon cancer since 2016 and it had progressed to Stage IV, all while filming several award-winning movies. He is best-known as King T’Challa from Black Panther and other Marvel movies.

A tribute fit for a King. #WakandaForever https://t.co/lpyzmnIVoP

Along with bringing a superhero to life, Boseman also played a handful of historic figures including James Brown in 2014’s Get On Up, Thurgood Marshall in the 2017 film Marshall, and Jackie Robinson in the 2013 movie 42. Coincidentally, Boseman passed away on the same day MLB was honoring Robinson. Every single baseball player wore #42 on their back that day, unknowingly honoring not just one, but two men who made a mark wearing that jersey number.

We are devastated by the tragic loss of Chadwick Boseman. His transcendent performance in “42” will stand the test of time and serve as a powerful vehicle to tell Jackie’s story to audiences for generations to come. pic.twitter.com/8oU7QpdLSE

Another movie people will remember Boseman by is Draft Day, which was released in 2014. Boseman starred in the movie as Vontae Mack, a top football prospect, alongside Kevin Costner, who plays Sonny Weaver Jr., the general manager of the Cleveland Browns.

After news of Boseman’s death became public, tributes from friends, co-stars, and fans came pouring in. Costner took to Instagram to mourn his friend and one-time co-star.

“Heartbroken to hear of @chadwickboseman’s passing. He was such a light to everyone around him and to the world. He leaves an incredible legacy,” Costner wrote alongside a photo of the two at a press event for Draft Day.

Heartbroken to hear of @chadwickboseman’s passing. He was such a light to everyone around him and to the world. He leaves an incredible legacy.

Just by the way their body language is in this photo, you could tell they were incredibly fond of each other. Our thoughts and prayers are with Chadwick’s family and friends. May he rest in peace.

Watch one of Costner and Boseman’s scenes together in Draft Day below.