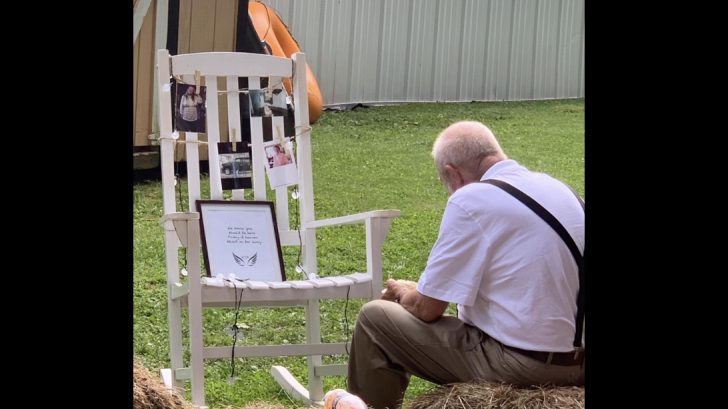 A West Virginia grandfather has found himself the center of social media attention after a photo of him at his granddaughter’s wedding went viral.

71-year-old Billy Gray was photographed sitting with his lunch in front of a memorial made for his late wife, Barbara. The heartbreaking moment was captured by the bride, Sahrah Elswick, who posted the photo to Twitter with a caption that read, “Pawpaw sat and ate with mawmaw today at my wedding.” The photo has been retweeted more than 19,000 times since Elswick posted it on July 6th.

Pawpaw sat and ate with mawmaw today at my wedding ? pic.twitter.com/GEXWMCfgXB

Elswick shared her grandparent’s love story and the story behind the now-viral photo with various media outlets who were touched by the precious photograph.

“It was very unexpected,” Elswick told Yahoo Lifestyle about her grandmother’s untimely death from colon cancer at the age of 64. “She was the kindest and sweetest soul I have ever known — she was so proud to be a mom and grandma.”

Billy Gray first met his wife while collecting trash in their Alderson neighborhood. She had been standing outside her home when Gray passed by on his route, and he thought she was beautiful, says Elswick. They were married for 45 years.

An outpouring of support for Gray and comments from readers with their own touching stories have flooded Elswick’s post. We agree with one reader who simply stated, “If this doesn’t hit you in the feels you need to check your pulse.” 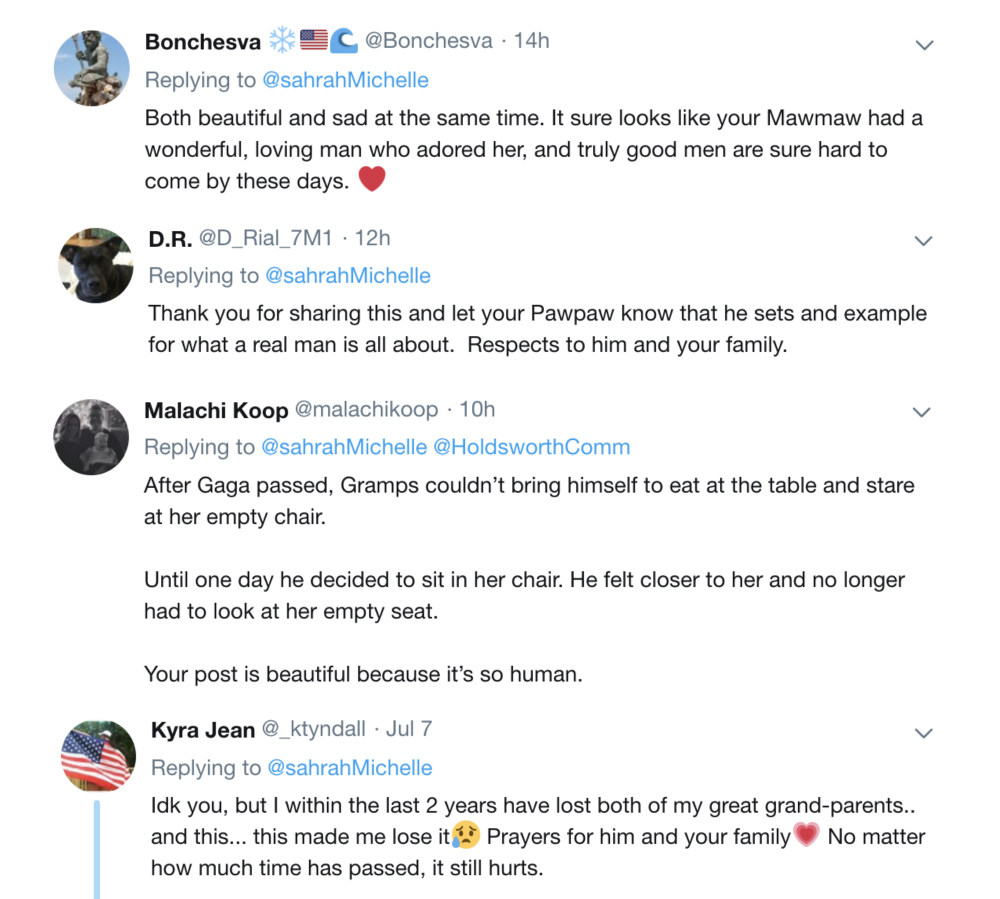