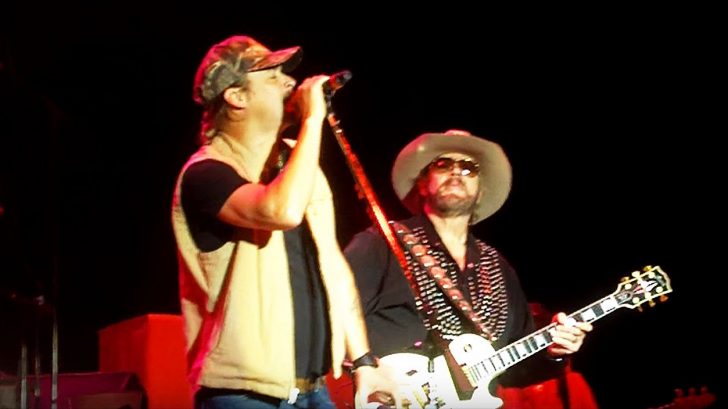 One crowd had no idea what they were in for when Hank Williams Jr. started jamming on his guitar at one of his shows. That guitar jam led into a cover of an iconic American hit, followed by an appearance from a special guest no one was expecting to see!

As you well know, Williams’ music serves as a blend of multiple styles. You can obviously hear country influences in Williams’ work, but his songs also contain bits of blues, and of course, Southern rock.

Williams’ ties to the Southern rock community are strong, resulting in him being close friends with other Southern rockers. For example, he’s been a longtime buddy of the fellas in Lynyrd Skynyrd.

Even if you find a rare person who doesn’t know who Skynyrd is, you can guarantee they know “Sweet Home Alabama.” That’s how legendary the song is.

Thanks to its iconic opening guitar riff, “Sweet Home Alabama” is a song you can recognize from a mile away. So you can bet that Williams’ crowd went wild when in the middle of his guitar jam, he plucked out that opening riff.

But a cover of “Sweet Home Alabama” wasn’t the only surprise that Williams had in store. As he played, the one and only Kid Rock came strolling on to the stage. And we’re telling y’all, that crowd went wild!

Of course, Rock wasn’t going to just walk on stage and not sing. Microphone in hand, he delivered an enthusiastic performance of “Sweet Home Alabama,” thrilling the crowd even more.

The energy in the room was off the charts that night! When you watch Williams and Rock sing below, you’ll be left wishing you had been there to see the whole thing go down!