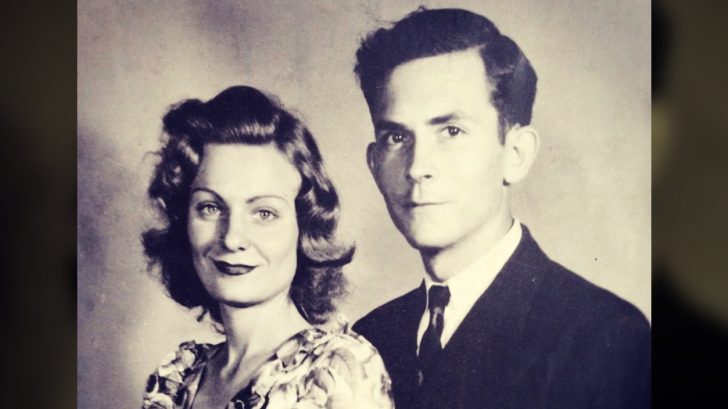 The legendary Hank Williams passed away in 1953, when his son was only three years old. Sadly, the elder Hank never got to see his son, Hank Williams Jr., grow up and start a family of his own. As we all know, Hank Jr. followed in his famous father’s footsteps and became a country legend himself.

Hank Jr. passed down his musical gene to his children, his eldest son Shelton Hank Williams – who goes by his stage name Hank III – and his middle daughter Holly Audrey Williams being the most notable. Not too long ago, Holly shared a sweet photo of her famous grandparents, who she never got to meet, seeing as they both passed away years before she was born.

The photo was from 1949 and featured a very handsome Hank Williams in rare sight – without his trademark cowboy hat, and his wife Audrey, whom Holly is named after.

“Grandpa Hank (in a rare picture without the cowboy hat) and grandma Audrey, if only I could have met them,” she captioned the photo. Take a look at it below.

Grandpa Hank (in a rare picture without the cowboy hat) and grandma Audrey, if only I could have met them ❤️ #timeless #classics #1949

We thought we were big Hank Williams fans, but we can’t really think of another photo where we’ve seen him without a hat!

Wear your music on your sleeve https://goo.gl/pxYoei

And watch Holly perform her legendary grandfather’s song “I Saw The Light” below.