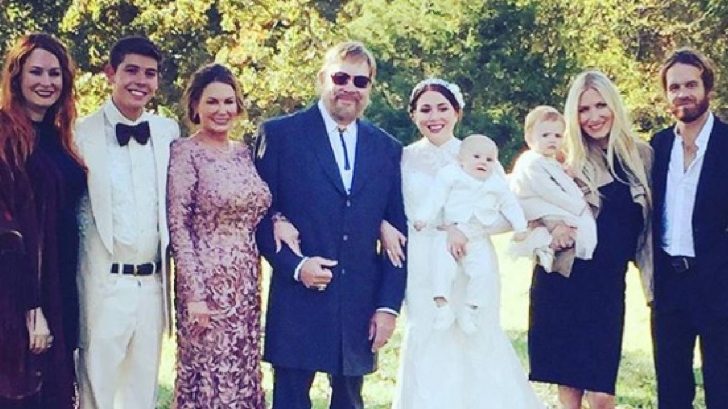 Hank Williams Jr. has been called many things throughout his legendary career: Hank Jr., Bocephus, Rowdy Randall, and to his children…Dad. The country singer has five kids, four of which followed in his footsteps and became singers: Shelton Hank – who you may know as Hank 3, Holly, Hilary, Katie, and Sam.

Sadly, on June 13, his youngest daughter Katie passed away in a car crash. Her husband Tyler, who she shared two children with, was also in the vehicle and was airlifted to Vanderbilt University Medical Center to treat his injuries.

Following her death, her younger brother Sam took a quick break from Instagram before returning and sharing several tributes to his older sister, including one with their mom, Mary Jane Thomas, and their dad.

The three of us left here need your love and prayers… Katie Williams was my best friend in the entire world. She was the elmer’s glue that kept our family together. Period. I am still without words. But my small family that is left here… we are all severely broken in our own ways. Please raise us up. Rest In Peace my love. Katherine Diana. My angel. I could have NEVER imagined this.. I want to do the best things I can but I’m still lost in this disgusting spot. I love you Kate. Want to talk to you more than anything my love. ????

On what would have been her 28th birthday – October 21, 2020 – Hank Jr’s second oldest daughter Holly took to Facebook and wrote about the day her baby sister was born. She was 11 years old, so she remembers the day very well.

“I was in Jerusalem on an Israel tour with my mom’s group from church when we got a hotel lobby fax (cell phone free back then) that she had been born. I was 11 years old and absolutely ecstatic for my baby sister to arrive!! She was the light of our lives,” Holly wrote.

She continued, saying that the “firsts” without a loved one are always the hardest, especially the first birthday. Holly praised her brother-in-law, who is now raising their two children alone. Holly wanted to assure Katie that their family traditions will live on, saying she already booked the entire family’s stay at the Opryland Hotel for Christmas, which is something they do every year.

Holly then asked, “Please send triple extra angels to surround my dad and stepmom today. They are hurting in a desperate manner. I can’t fathom the loss of a child. So that’s what we’re doing today, trying to ease the weight by having quiet conversations in the heavenly realm.”

The one thing that has helped throughout the Williams family’s grieving process is knowing what Heaven is like.

“My older sister Hilary visited Heaven during our car accident in 2006 when she briefly died, that story is for another post. But her visit brings us all deep, deep comfort. She was there, with family members long gone, with the chorus and the indescribable colors, in the depths of peace and beauty. Where Katie is today,” she wrote. “Even when it doesn’t feel like there is any light around you, there IS. I promise. Heaven is real. And that’s something to rest in…”

Our thoughts and prayers are with Hank Jr, his wife Mary Jane, and the entire Williams family. See Holly’s entire Facebook post below.

She would have been 28 today. I was in Jerusalem on an Israel tour with my mom’s group from church when we got a hotel…