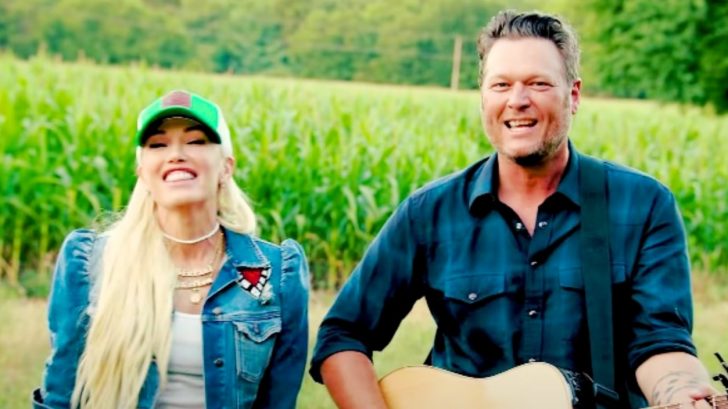 Although engagement and wedding rumors have surrounded Blake Shelton and Gwen Stefani ever since they started dating, the couple isn’t married yet. But they’ve been together for so long at this point that some people mistakenly call him Stefani’s husband!

One notable example of this happening was in August when Stefani made an appearance on Jimmy Kimmel Live. Singer Dua Lipa was guest hosting that day, and referred to Shelton as Stefani’s husband when asking who all stayed with them on his ranch in Oklahoma this year.

“Um, well … he’s not my husband, but that sounded cool when you said it,” Stefani said with a smile.

It turns out that Dua Lipa isn’t the only person to make that mistake! It has happened more than once, and Stefani spoke Extra about how it makes her feel.

Spoiler alert, she loves it!

“Do you know how many people say my ‘husband’ about him?” she asked. “I guess we’re just together.”

She then went on to say, “People got used to it or something like that. But it’s pretty cute.”

Stefani also spoke about how the two of them grew closer while staying home together, talked about their song “Happy Anywhere,” and shared what it’s like being back with him as a coach on The Voice. Hear all about those things by watching Stefani’s full interview with Extra below.