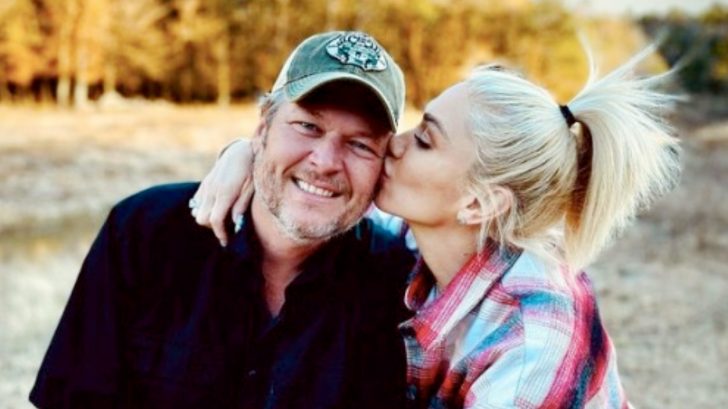 On October 11, longtime Voice coach Blake Shelton announced he’s leaving the show after Season 23 next year. The news came as a shock to his fans, since Shelton has coached every season of The Voice.

But Shelton said he felt like now was the right time to leave the show. He reflected on how The Voice has changed his life in many ways, especially since it’s how he met his now-wife, Gwen Stefani.

Shelton and Stefani are currently both serving as coaches on Season 22 on The Voice. When asked by Extra why her husband is leaving the show after its next season, Stefani provided some insight:

“I think that Blake–I don’t know, I think he just wants more time, you know what I mean? I don’t know that people realize, if he’s doing two seasons a year, right? In between that, he’s touring. So he actually has two teams at the same time at a certain point, so they overlap. So it’s a lot of brain power, it’s a lot of time away from the family, those kinds of things. I think he just got to a point where he just wants time in his ranch, like time to just do the other things that he loves to do.”

Stefani said she is “excited” for Shelton, and she’s looking forward to him being home more often with her and her three sons:

“…I’m excited for him because, you know, we have lives outside of work, and it’s a really good life, it’s really fun, and we have so much fun! We have Oklahoma, which is something I never knew I needed and wanted, you know? We planted a garden, we do all kinds of fun stuff. So we’re looking forward to doing some of that family stuff together. It’s ‘gonna be great.”

Stefani went on to say that she feels sorry for any future artists on The Voice who will miss out on the chance to have Shelton as their coach. “...he’s so talented, he’s so funny, and he’s so great on the show, and I’m sorry, guys, but it wasn’t my decision. It’s totally him,” she said.

You can watch Stefani’s full interview in the video below.