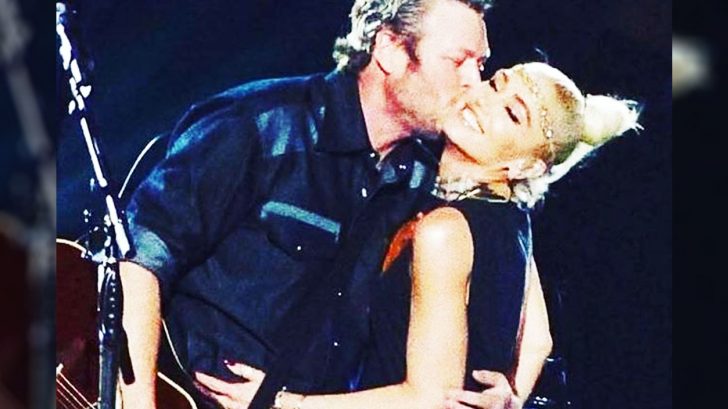 It was this country singer’s 42nd birthday and his longtime girlfriend made sure he remembered it!

Taking to Instagram, country music superstar Blake Shelton and Gwen Stefani celebrated both Father’s Day, Blake’s birthday, and her brother’s birthday in just a matter of a few days. To mark the special occasion, she got him a huge gift that was too big to wrap!

Having a big party, they had a bunch of family and friends over for a massive celebration of all the special moments. Her dad was grilling, Blake was singing with the kids, and other family members were helping to finish up the food.

Gwen serenaded Blake with a lovely rendition of “Happy Birthday” and then they all jetted off in his private jet – one that he calls The BS Express.

But after they’d touched down in Oklahoma and headed to his stunning Lake Texoma home, Gwen surprised him with a massive present that had already been delivered to his ranch – just a short helicopter flight away!

Upon landing, Gwen recorded a perfect moment of her man standing in front of his new gift – a huge flagpole with a stunning American flag flying proudly in the wind. As he stood next to it, he held his hat over his heart in respect.

Beyond this amazing gift from his loving and thoughtful girlfriend, Blake also was blessed with a custom cake from his vodka company – Smithworks. They made him a special cake shaped and decorated to look exactly like a bottle of their top-selling vodka.

Check out both posts below and let us know what you think of Gwen’s gift!