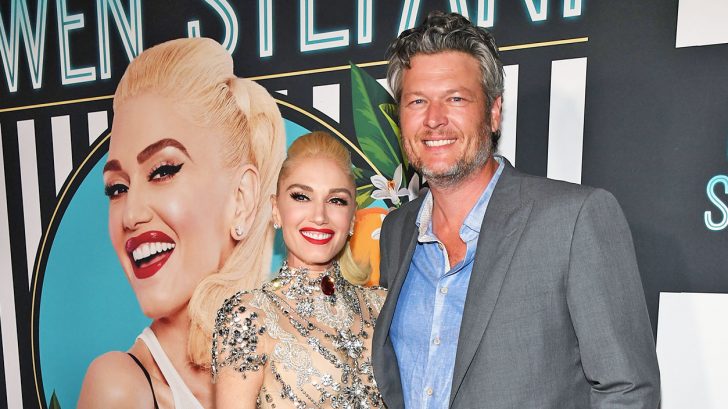 June 27, 2018 marked the opening night for Gwen Stefani’s Just A Girl Las Vegas residency at Planet Hollywood’s Zappos Theater. Fans have been counting down the days since she announced it on her Instagram on April 10.

It’s happening!! My very first Las Vegas residency “Just A Girl” is opening June 27th at @Zappos Theater inside @PHVegas! ? Tix for all 25 dates go on sale this Fri at 10am PT. ♣❤️♠♦️ gx GwenStefani.com

No one was more excited for her than her boyfriend of almost three years, Blake Shelton. Earlier in the day, he tweeted, “Today’s the day! @gwenstefani opening night in Las Vegas!!! I wouldn’t miss this for the world…”

Today’s the day!!! @gwenstefani opening night in Las Vegas!!! I wouldn’t miss this for the world….

Shelton was her biggest fan in the audience, and her fans noticed! One snapped a short video of him enjoying the show.

He also made sure she felt the love before she went on stage by sending her a special gift – something she has admitted time and again that she loves. Stefani documented her day leading up to the show on her Instagram story, and lovingly showed off Shelton’s gift – a beautiful flower arrangement with a sweet note.

In the video of her showing off the flowers, she wrote, “I love my Blake!!!” and drew a heart around the note, which read, “You’ve worked so hard for this show. Congrats on opening night!!! I love you.”

After the show, Stefani celebrated with the people closest to her, including Shelton – and shared this super cute photo of them at the after party.

According to Us Weekly, Stefani gave her beau a couple shoutouts throughout her 25-song performance. While donning a cute country-inspired costume, she told the audience, “You don’t know what it’s like to be able to wear a cowgirl costume right in front of Blake Shelton. It’s my dream come true. Thanks for sharing this with me.”

She also pointed directly at him, while he had her 4-year-old son Apollo in his lap, and sang the lyrics, “You seem like you’d be a good dad,” from the No Doubt song “A Simple Kind of Life.”

Check out that cowgirl outfit and her performance of “Just A Girl” in the video below.