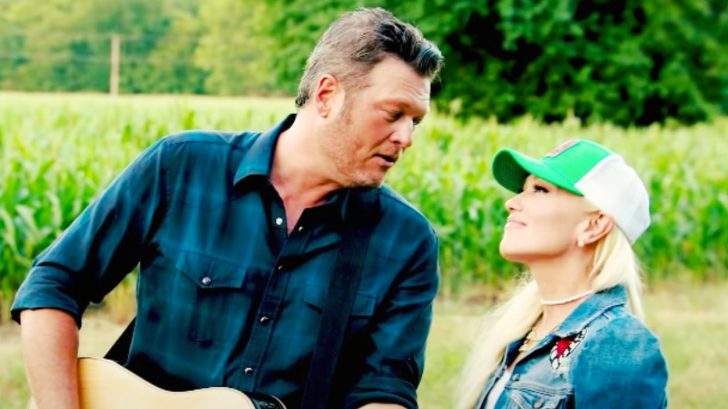 In May 2020, Blake Shelton and Gwen Stefani‘s third duet, “Nobody but You,” became a #1 country hit. Just two months later, the couple released their fourth collaboration, titled “Happy Anywhere.” It too went on to become a #1 hit.

The song has Shelton and Stefani singing about how they can always find happiness with each other, no matter where they are or what is going on around them. In light of recent world events, Shelton felt now was the perfect time to release a song such as this:

“…man, there’s never been a better time for ‘Happy Anywhere,‘” he said in a press release.. He then spoke about how people have been spending a lot more time at home lately, saying, “…hopefully we’ve been doing that with somebody that we really love and enjoy being around. That’s what happened with Gwen and me this summer — and this entire year.”

It turns out that Shelton wasn’t the only one who felt an immediate draw to “Happy Anywhere.” Stefani also developed a strong attachment to the song after hearing it for the first time.

Both Shelton and Stefani served as coaches on the 19th season of The Voice. To get viewers excited for the new season, The Voice released a video about Shelton, Stefani, and “Happy Anywhere.”

Stefani went into detail about the first time she heard the track, and said she had an emotional response:

“I was actually at my parents’ house when he wrote me, he’s like, ‘You’ve gotta be on this song, this is our song.’ And I started crying because when I heard the lyrics I was like ‘Oh my gosh!’ You know it’s this really incredible opportunity for me to work with my best friend. And it feels like the perfect song for the perfect timing, and who would have known.”

Check out the below video to watch Shelton and Stefani deliver a live performance of “Happy Anywhere.” You can feel their love for each other come through in the song!