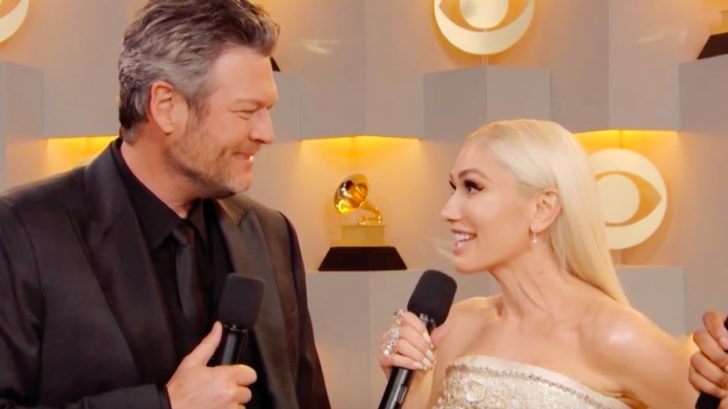 One of the most highly anticipated performances at the 2020 Grammy Awards was Blake Shelton and Gwen Stefani‘s. The couple used the annual awards show to deliver their first live performance of their duet, “Nobody but You.”

The song was released on Shelton’s newest compilation album, Fully Loaded: God’s Country. It caught on fast, and debuted at the ninth spot on the Billboard Hot Country Songs chart.

Shelton and Stefani increased the hype around the song by releasing a PDA-filled music video just days before the Grammys.

When the song first debuted, Shelton released a statement saying how much it meant to him and Stefani. “It’s our song. I think it’s magic,” he said.

After dating for over four years, Shelton and Stefani seemed more in love than ever (and they’re now married!) That love can be felt through “Nobody but You,” and in a red carpet interview they granted before the Grammys.

After hearing Stefani refer to Shelton as her “favorite human being,” Frazier asked her, “How has Blake helped you?”

Stefani was happy to gush about her man, saying, “He saved my entire life.”

Shelton smiled as Stefani continued to compliment him.

“Everyone was like, ‘How was your drive over?‘ It’s like, ‘Wonderful! I was with Blake Shelton.’ He makes me laugh and smile and is just the greatest guy. Everybody says it. It’s not just me,” she said.

Shelton did a little happy dance after hearing Stefani’s kind words about him. It was so sweet to listen to her talk about him like that!

You can watch Shelton and Stefani’s full interview with Frazier in the clip below. They’re so in love, and it shows!