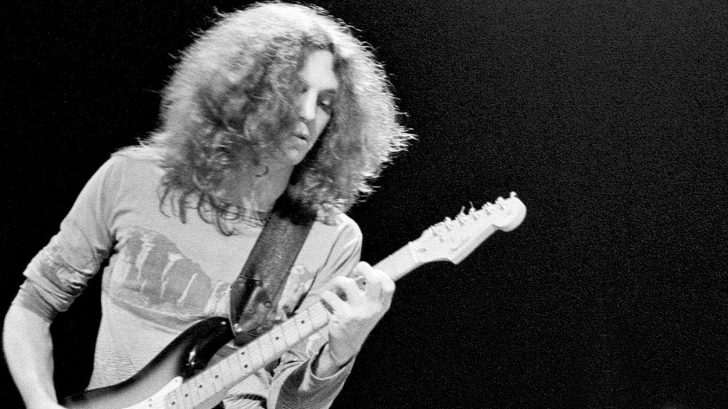 If you’re a fan of Lynyrd Skynyrd, then we don’t need to tell you that “Free Bird” showcases some of the best instrumental work in the history of rock music.

The driving force behind the power of “Free Bird’s” instrumentals was Allen Collins, who played lead guitar on the song and also wrote the initial chords.

If you start Lynyrd Skynyrd's Free Bird at 11:55:04 on New Years Eve, you can being in the new year with Allen Collins' iconic guitar solo. You're welcome.

Thanks to Skynyrd’s current guitar lineup, consisting of Rickey Medlocke, Sparky Matejka, and founding member Gary Rossington, we know part of the answer.

How Did Allen Do It?

Back in 2009, Rickey, Sparky, and Gary all sat down with Guitar World for an in-depth interview about all things Skynyrd. During the interview, which appears in a four-part series on YouTube, the three guitarists broke down their parts to some of the band’s most recognizable songs, including “Free Bird.”

While Gary and Sparky looked on, Rickey slowly played Allen’s part, and explained how he executed a special technique that gave it a unique and interesting sound.

“That’s what was really great about that,” Rickey said. “Allen had a way of pedaling each note…He pedaled, he rolled the notes, and it’s really cool.”

Then Rickey explained how the things Allen did in “Free Bird” fit perfectly with the rest of the band. It was this perfect fit, he said, that added even further to the “cool” factor of the song:

“That’s what’s so great about the little inner workings of the tune. That coupled with what he does,” he said, gesturing toward Gary, “and what [keyboardist] Billy [Powell] did, it just worked man, it just did.”

It definitely worked, because “Free Bird” is considered to be one of the best rock songs of all time. You can watch Rickey, Gary, and Sparky’s full interview here, and when you’re done, see Allen work his magic in the live performance of “Free Bird” in the video below.

There’s no doubt about it, Allen was a huge reason why “Free Bird” earned its wings.

Lynyrd Skynyrd is hitting the road one last time and coming to a city near you – don’t miss your chance to say goodbye! Tickets WILL sell out fast for this legendary final tour, get yours now by clicking here!