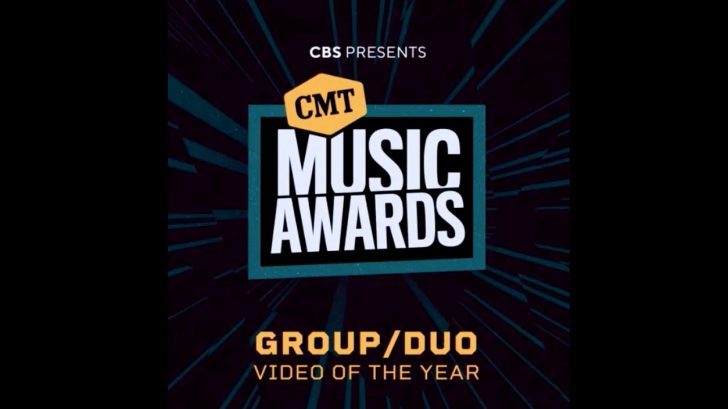 Maddie & Tae won the Group/Duo Video of the Year award during the star-studded 2022 CMT Music Awards on Monday, April 11!

Only Maddie could be present at the ceremony, since Tae was at home with her new baby girl, Leighton. Leighton was born premature and had been in the NICU for over 50 days. Thankfully, she is home now.

Tae appeared on video call while holding her daughter as Maddie took to the stage to accept the award for both of them.

Maddie broke down as she accepted the trophy. She told Tae she missed her terribly, and that she couldn’t do this without her. Through tears, Maddie gave her thanks to God and and celebrated her and Tae’s win.

Also nominated in the Group/Duo Video of the Year were:

Co-hosted live by Anthony Mackie and Kane Brown, and remotely by Kelsea Ballerini who hosted from home due to testing positive for COVID, the 2022 CMT Music Awards featured performances from Ballerini and Brown as well as Carly Pearce, Carrie Underwood, Keith Urban, Kenny Chesney, Miranda Lambert, and Cody Johnson, and more.

In addition, other artists teamed up for collaborations such as Jason Aldean and Bryan Adams, Lainey Wilson and Cole Swindell, Thomas Rhett and Riley Green.

Join us in congratulating Maddie & Tae on their win, and watch their winning video below!