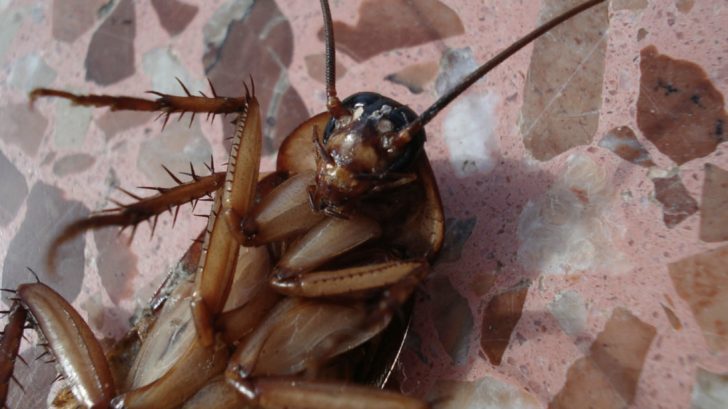 Tropical storm Barry has officially made landfall. In addition to bringing high winds and large amounts of rain to parts of the south, Barry is causing flooding that is driving critters of all kinds to higher ground.

Other footage shows a field mouse, drenched from the rain, hitching a ride on a piece of floating wood.

In addition, swarms of ants could be seen floating on the water, and officials warned resident in affected areas to be on the lookout for snakes trying to escape the flood.

Barry made landfall in Louisiana around Saturday afternoon after briefly strengthening to a Category 1 hurricane. It weakened to a tropical storm as it made its way inland.

The storm’s outer bands dumped heavy rains along the Gulf Coast. Forecasters say the entire region affected by Tropical Storm Barry is still susceptible to extreme levels of rainfall. As of Sunday afternoon, Barry was creeping north across Louisiana at around 9 mph, meaning that it is dumping large amounts of rain on its way. And, it’s not even close to being done.

“Barry is expected to produce additional rain accumulations of 3 to 6 inches across portions of the lower Mississippi Valley with isolated maximum amounts of 10 inches across eastern Arkansas, western Tennessee, southeast Missouri, and northwest Mississippi,” the National Hurricane Center said.
An additional 3 to 5 inches of rain are expected across south-central Louisiana, with as much as 15 inches in some spots, the NHC said, adding that the additional rain could cause “dangerous, life-threatening flooding.”
Our thoughts and prayers are with everyone affected by this storm.