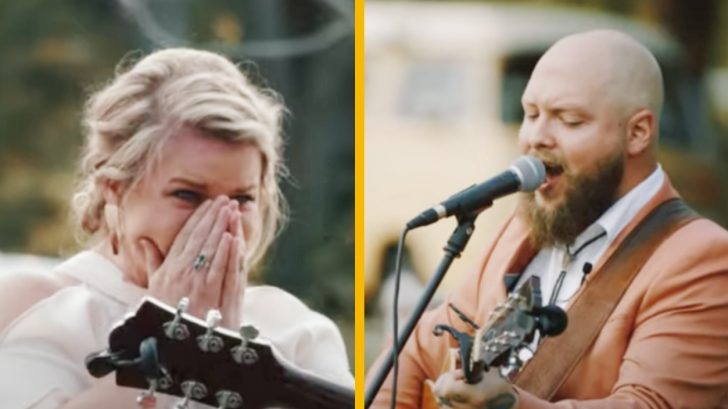 For most brides and grooms, coming up with unique and personal wedding vows is one of the most challenging parts of the ceremony.

Musician Dustin Smith decided that the best way he could express his vows to his bride, Tara Ray, was through song. Dustin wanted to pick a track that would represent a special meaning for the couple’s relationship, and he decided to perform a rendition of Tyler Childers’ song “Shake the Frost.”

From the moment that Dustin began to play the song, Tara teared up with emotion. Dustin did a beautiful job of incorporating his own style into the performance while still honoring Childers’ original version. Throughout the song, viewers could see how much the lyrics meant to the newlyweds. At times, Tara even sang along with his groom and wiped tears from her eyes.

The videographer put together Dustin’s tear-jerkingly beautiful performance with visual clips of the couple riding bikes through a large send-off crowd. The unique vows are edited in a way that reminds the viewer of an official CMT music video.

Watch the full performance in the following clip.

Check out Tyler Childers’ original version of the song in the video below.